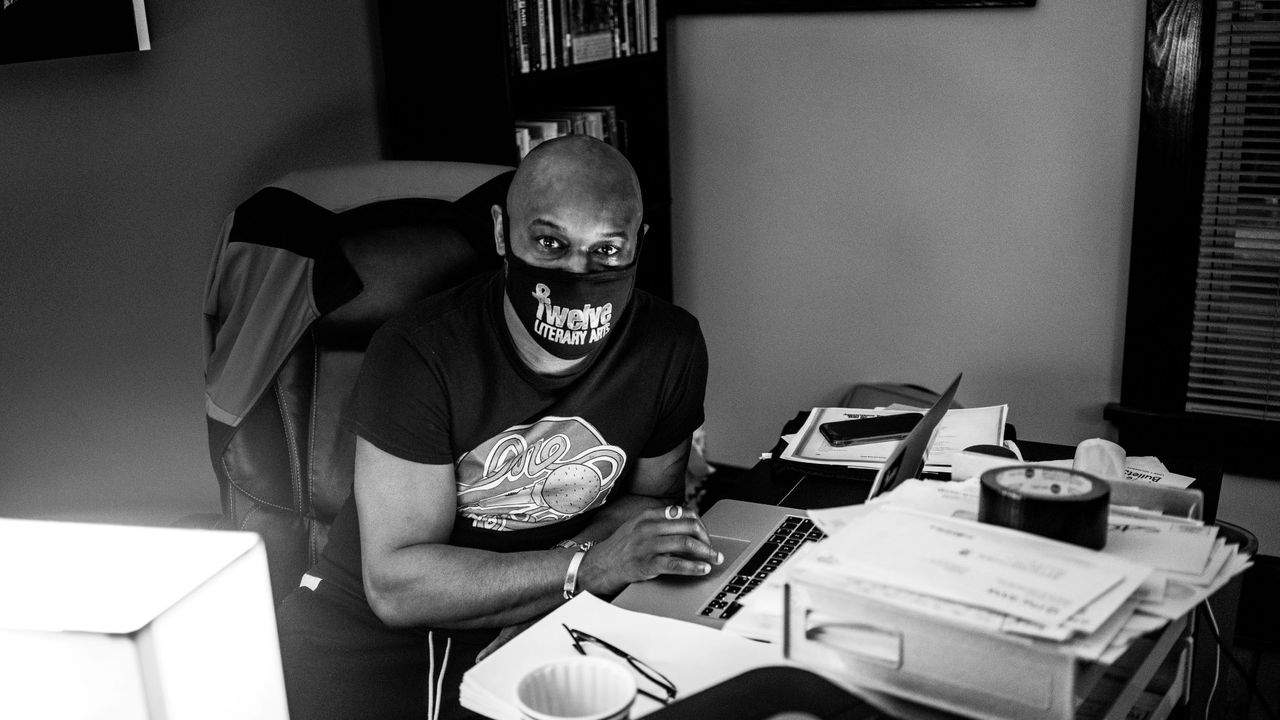 CLEVELAND, Ohio – Twelve Literary Arts is preparing to release one of its most ambitious projects to date with “In Search of the Land” – a collaborative album featuring performances by approximately 40 poets and musicians.

The 12-track album, produced by Tall Black Guy (producer Terrel Wallace), will arrive on June 19 – aka Juneteenth, a public holiday that marks the end of slavery in the United States (June 19, 1865 was the date to which Union Generals announced the end of the Civil War and the liberation from slavery in Texas.)

â€œThis music is ultimately about liberation – the liberation of all people – but specifically the liberation of blacks,â€ said Gray-Kontar. “[Juneteenth]is a very fitting date for us to release this project, especially given the moment we exist right now … this moment when we have such a hard time trying to get along authentically, across racial lines, political lines, across gender lines, across generation lines. Hopefully this recording will help us get along with each other, hear different perspectives – and help us break free. “

The release of “In Search of the Land” comes a year after Gray-Kontar and Wallace began working on the project – and three years after the two creators met at a barbecue in Cleveland, while the Wallace’s partner, Kelly Thomas, was performing at a Cleveland sanctuary. DJ night.

â€œI got on really well with the brother,â€ Gray-Kontar said. â€œI left saying, ‘Someday maybe we can work together, for Cleveland.’ He said, ‘Yeah man, you never know.’ “

So how did Twelve Literary Arts – a nonprofit organization focused on poetry and writing – take this plunge into music production?

Gray-Kontar said it was the result of an award from the Joyce Foundation, which provides grants to musicians and artists to co-create works of art for cities. He applied for the award with the idea of â€‹â€‹merging literary performance with local music, and ended up being one of four Midwestern organizations to win the grant in 2020.

His inspiration for the project came from the conversation with Wallace, Gray-Kontar said.

â€œWe didn’t know, we just put out into the universe that maybe something like this could happen, and then it happened,â€ Gray-Kontar said. â€œWe’ve been working on this for three years, we just didn’t know it. “

Wallace moved to Cleveland last year to work on the project. The acclaimed producer, who has collaborated with Jazzy Jeff, Questlove, Anthony Valadez and more, previously lived in Washington, DC

Initially, the two built the backbone of the album by recording the performances of young poets at a virtual open mic event. Gray-Kontar and Wallace chose seven poems to turn into songs and reached out to local musicians to create music around the poems and their themes. Then they held jam sessions to flesh out the rest of the album’s tracklist and worked with community members for some of the recordings. About 22 songs were recorded and 12 were selected for the album.

Wallace used classic jazz pieces to inform his rhythms and production, including works by Lee Morgan and Donald Byrd.

â€œThe approach with all of these poems was to let them interpret the poem, and once I heard it I was like, ‘What kind of music helps the poem bring it to life? â€Said Wallace. “Once they have performed their piece [to music], we removed the instrumental, and we created our own music around the poets.

Some of the songs were written by local musicians, including Gray-Kontar, who created a song under the name â€œReplifeâ€. Poets and musicians include Mary Barrett, 2ssaint, Connor Musarra, Deija Vinson, Mariama Whyte, Theresa May and Tiyana Williams.

Cleveland singer Ngina Fayola wrote two songs that made the hitlist, “Black Gold” and “Why Not Give Your Best To Love?”

â€œBoth songs are really about community building and unity,â€ said Fayola. â€œ’Black Gold’ is about the Cleveland arts community, and in the chorus I say, ‘No milk in honey here, but we’re gold.’ â€¦ I would never call it the land of milk and honey, but there is a lot of gold in this land of dry bones. There’s a rich artistic community here, and that’s gold, I believe – our artistry here. “

Fayola’s other track was written while she lived in Tennessee in 2012. The light and airy song features local singer-guitarist Emily Keener supporting Fayola’s voice.

Keener said she had never worked with Fayola before collaborating on the song.

â€œNgina and I had never met before – I had never had the pleasure of meeting many musicians on the record before,â€ Keener said. “The fact that we were able to come together on this project and meet each other through the music, I think that’s really cool.”

This collaboration was part of the mission of “In Search of The Land”. Gray-Kontar and Wallace sought to include young and established musicians and writers on the album, forging new connections within the city’s artistic landscape.

All of these voices come together on “In Search of the Land” to finally tell a story – a story of community, diversity, art.

A history of Cleveland.

Twelve Literary Arts will celebrate the release of “In Search of the Land” with a virtual party on Friday June 18th. Find more details on the organization’s Twitch account, twitch.tv/twelveartsmedia.

Get started on the weekend and sign up for the cleveland.com weekly “At the CLE” email newsletter, your essential guide to the best things to do in Greater Cleveland. It’ll arrive in your inbox on Friday morning – an exclusive to-do list, focusing on the best weekend fun. Restaurants, music, movies, the performing arts, family entertainment and more. Simply click here to subscribe. All cleveland.com newsletters are free.