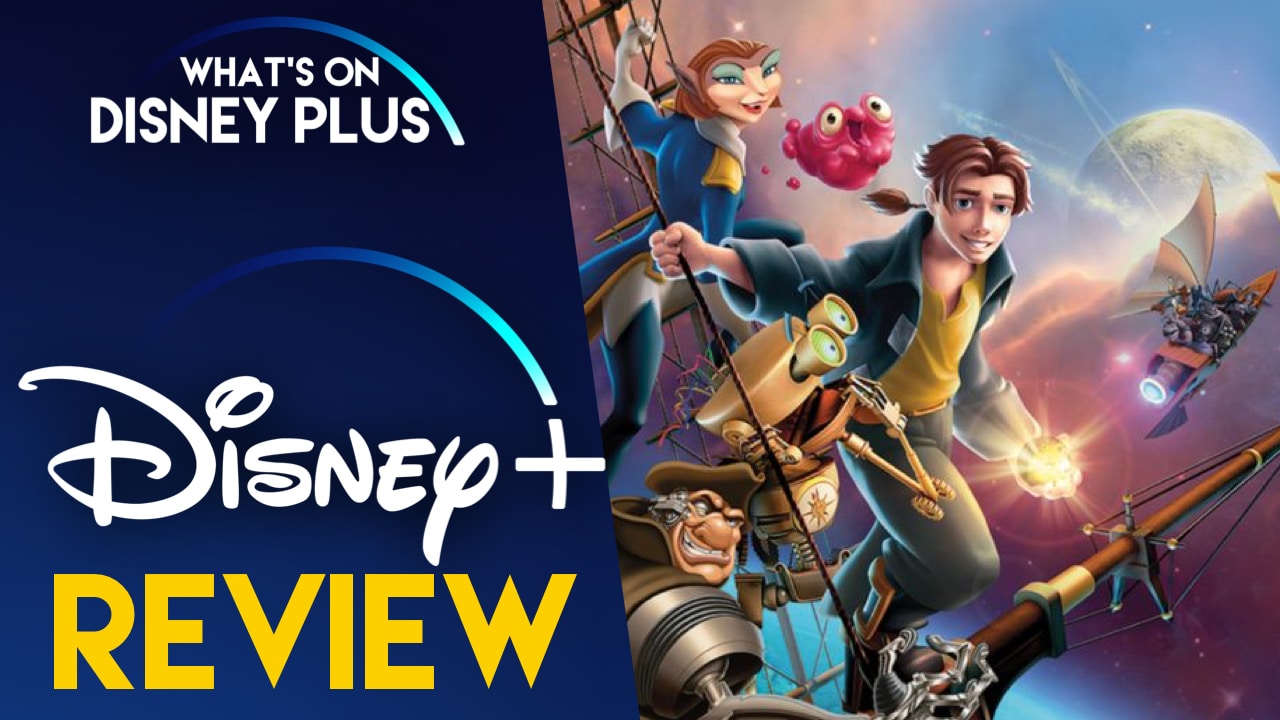 Disney takes Robert Louis Stevenson’s classic tale and gives it a modern update in the 2002 film, “Treasure Planet.” Instead of sailing the seas and oceans to search for Captain Flint’s treasure on an island, they now travel through space in search of his treasure on a supposedly uncharted planet. But, in the end, this reinterpretation of the literary classic leaves a lot to be desired.

“Treasure Planet” is the only movie I’ve ever lifted and pulled out of theaters before it was finished. I went to see it with my brother and my nephew and the three of us were less impressed. My nephew, who was 4 at the time, was able to plot the plot despite knowing nothing of the history of “Treasure Island” at the time. So, I went into this viewing with trepidation. And, while this movie is certainly more appealing to me at 37 than it was to me at 17, it’s still one of the last five Walt Disney Animation Studios movies I’ve seen.

Not everything is bad. I love the animation style. Yes, it’s a little dated given the advancements in 3D animation over the past two decades, but it still looks good. Joseph Gordon Levitt does a great job as the voice of Jim Hawkins and Martin Short steals the show as Ben. Also, in this era when popular musical groups release songs that are part of the movie, John Rzeznick of Goo Goo Dolls fame did a terrific job on both songs “I’m Still Here” and “Always Know Where Tu es”. They fit perfectly into the thematization of the film, even if the voice of John Rzeznick stands out as a relic of the early 2000s.

What did you think of “Treasure Planet?”

Jeremy has been a huge Disney fan since he was a kid during the Disney Renaissance. One day, he hopes to visit every Disney park in the world.