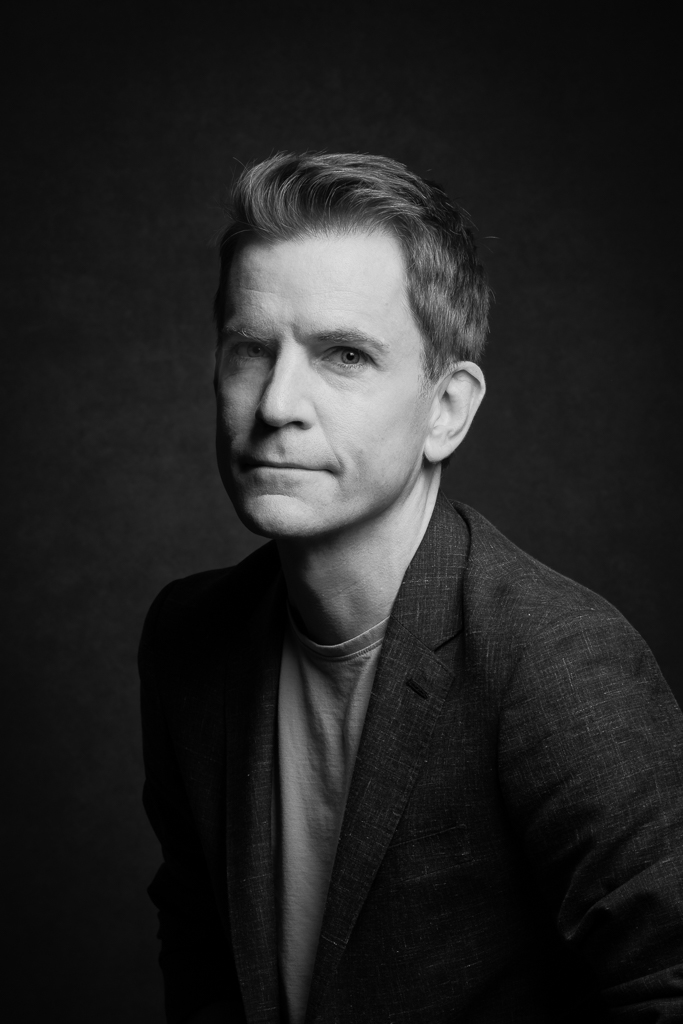 TEXT and PHOTOGRAPHS by KB DIXON

“The portrait,” said legendary photographer Arnold Newman, “is a form of biography. Its purpose is to inform now and record for history. It’s hard to imagine a better, more succinct summary of the genre.

As with the portraits in previous episodes of this series, I have focused here on the talented and creative people whose diverse heritages are destined to become part of our cultural history.

My aspirations have remained the same: to document the contemporary cultural landscape and produce decent photography, photography that is not a mere transcription but the distillation of an authentic moment; photography that recognizes the medium’s allegiance to reality and that preserves for me and others a unique and honest sense of the subject.

Showalter became president and CEO of the Oregon Symphony in 2014. Prior to moving to Portland, he served as vice president of the Los Angeles Philharmonic, associate vice president of the University of Chicago and Associate Dean of Stanford Law School. A classically trained pianist, he holds an undergraduate degree from Stanford University and an MBA from the University of California, Los Angeles. Under Showalter, the Symphony expanded its commissions, recordings and digital programming. All Classical Portland frequently airs Oregon Symphony concerts, many of which are syndicated through US public media to tens of millions of homes.

Founder and Executive Director of Renegade Opera, Ross is an award-winning performer and teacher. She made her Carnegie Hall debut in 2019 and was named National Champion of the National Association of Teachers of Singing Classical Voice Competition in 2020. Ross has performed with Portland Opera, Opera on Tap (Portland and Boston) and Emmanuel Music, among others. She is a founding member of In the Pocket, a choral ensemble, and has a leading role in Our Song Artists, a non-profit feminist classical music organization.

Actor, director and teacher, Mendelson was recently selected as artistic director of the Actors Conservatory (TAC). In addition to TAC, he is the Artistic Director of the Portland Shakespeare Project and a longtime artist-in-residence at the Artists Repertory Theatre. His acting credits include The Skin of Our Teeth, Blithe Spirit, The Cherry Orchard, Othello, Three Sisters and Eurydice. His directing credits include The importance of being serious, the lining and the intimate clothes.

An award-winning poet and co-founder of Night Owls Press, DeGuzman is the recipient of scholarships and grants from, among others, the Oregon Commission on the Arts, PEN America, and the J. Paul Getty Foundation. Most recently, she was awarded a 2022 Oregon Literary Fellowship. Her work appears in Atticus Review, Cimarron Review, Five:2:One, Iron Horse Literary Review, RHINO, phoebe, Strange Horizons, Hobart, Reed Magazine and elsewhere.

A legendary singer, songwriter and guitarist, Jones is a roots artist whose work is steeped in a rich musical history. He recorded six critically acclaimed albums and toured nationally and internationally for over three decades. A member of the Oregon Music Hall of Fame, Jones has received 31 Muddy Awards from the Cascade Blues Association, including Lifetime Achievement.

Earlier in the series