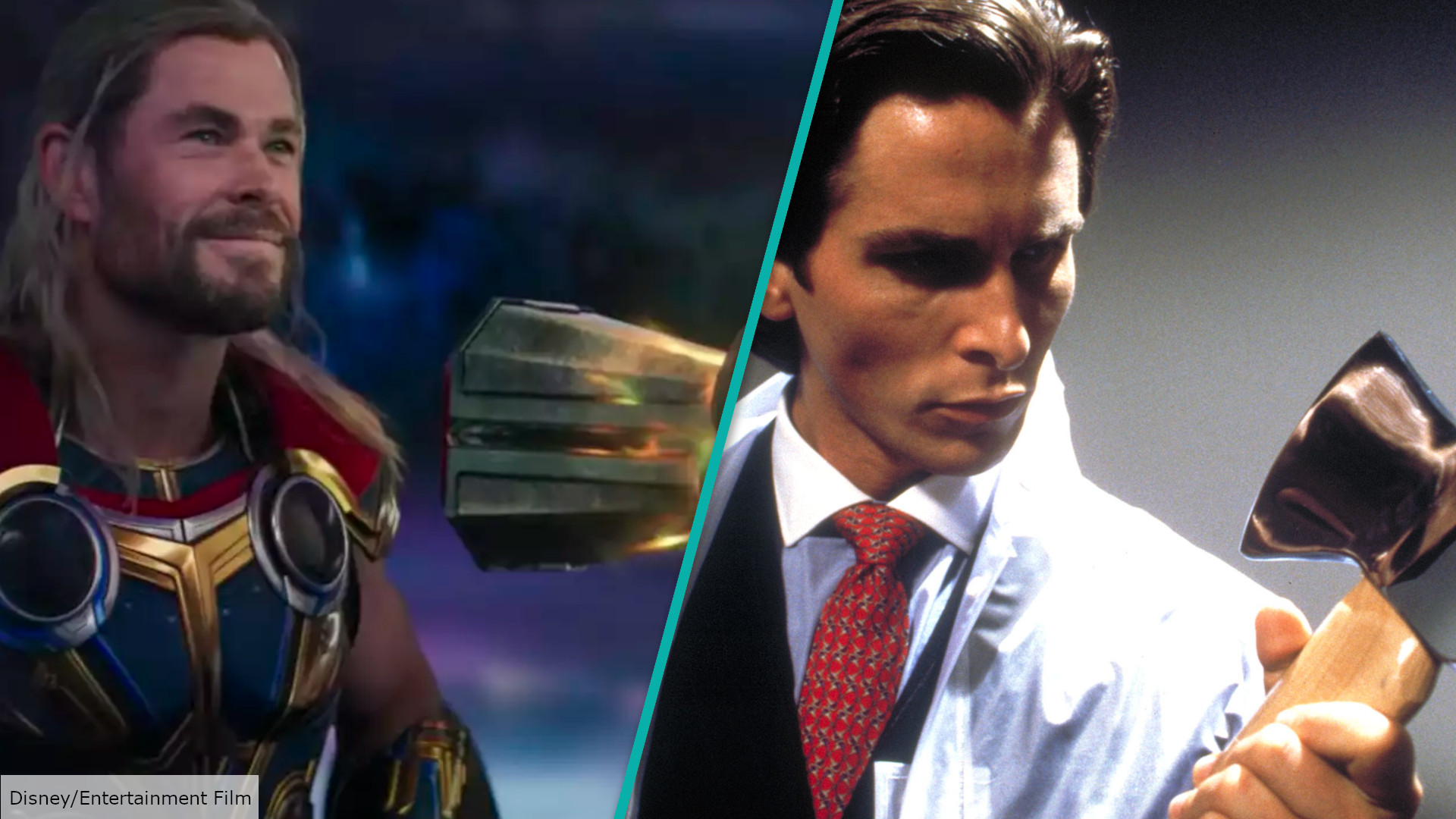 The entire movie industry is banking heavily on the summer of 2022 in hopes that the summer blockbuster will officially return, with box office numbers returning to near pre-pandemic levels. Hopes are pinned on Doctor Strange 2, Top Gun 2, Jurassic World 3, and non-franchise films such as Nope and Bullet Train, to bring crowds back to theaters. And Taika Waititi hopes Christian Bale’s villainous Gorr will be the draw that gets people into Thor 4 (we’re poets and we know that).

The recent CinemaCon event in Las Vegas certainly helped generate a lot of hype for this summer at the movies. AP reports that at the event, Waititi said; “Thor is just trying to figure out his purpose, trying to figure out exactly who he is and why he’s a hero or if he should be a hero. I guess you could call it a midlife crisis.

The film brings back Portman’s Jane Foster, who becomes The Mighty Thor, Waititi’s Korg and Tessa Thompson’s King Valkyrie, and adds Russell Crowe as Zeus and Christian Bale as Gorr the God Butcher. Waititi said it was the craziest film he had ever made.

“It’s a great, really fun and weird little band of heroes, a new team up for Thor with Korg, Valkyrie and The Mighty Thor,” Waititi continued. “And, in my humble opinion, we have probably the best villain Marvel has ever had in Christian Bale.”

Jim Orr, Head of National Distribution for Universal Pictures, said; “Our business cannot be limited to tent poles and branded intellectual property. We really need to keep serving as large a roster as possible. We have something for every audience segment. The public wants it and the exhibitors want it. So, in addition to serving up the great dinosaur movie, Universal is also offering Downton Abby 2 and Mrs. Harris Goes to Paris.

Elsewhere there will be Alex Garland’s Men, Baz Luhrmann’s Elvis, the literary adaptation Where the Crawdads Sing, Mr Malcolm’s List, Bodies, Bodies, Bodies and let’s not forget – Marcel the Shell with Shoes On. So luckily there will be more to choose from than just franchise rates.

While we wait for the summer blockbuster season to kick off with Doctor Strange 2 this weekend, check out our guide to Marvel’s Phase 4.

The collection of revealing essays asks the question: are the arts essential? | Literary Arts | Pittsburgh