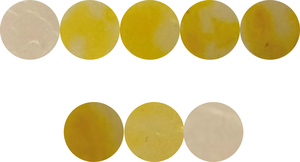 Stickers and a smartphone to facilitate denitrification

Nitrates and nitrites give processed meats their characteristic pink color and robust flavor. Although many consumers want to limit the consumption of these preservatives because the substances can form potentially carcinogenic compounds, it is difficult to determine the amount contained in a food. Today, researchers who report in Applied materials and ACS interfaces have developed a color-changing film that consumers can stick on food and easily analyze nitrite levels by taking a photo with a smartphone.

Cured and processed meats, such as salami and bacon, are often treated with nitrite or nitrate salts to make them look and taste fresh. Although nitrate is relatively stable, it can be converted into the more reactive nitrite ion in the body. When in the acidic environment of the stomach or under the high heat of a frying pan, nitrite can undergo a reaction to form nitrosamines, which have been linked to the development of various cancers. Some methods for determining nitrite levels in foods already exist, but they are not very consumer-friendly and often require expensive and labor-intensive techniques and instruments. To help consumers make more informed decisions, Saúl Vallejos, José M. García and their colleagues wanted to develop an easy-to-use nitrite quantification system.

To do this, the researchers developed a film they called “POLYSEN”, which means “polymer sensor”, composed of four monomers and hydrochloric acid. Discs cut from the material were placed on meat samples for 15 minutes, allowing the monomer units and acid from the film to react with the nitrite in a four-step azo coupling reaction. The discs were then removed and immersed in a sodium hydroxide solution for one minute to develop the color. When nitrite was present, the yellowish tint of the film increased with higher nitrite levels in the food. To quantify the color change, the researchers created a smartphone app that self-calibrates when an array of reference discs is photographed in the same image as the sample discs.

The team tested the film on meats prepared and treated with nitrite, in addition to store-bought meats, and found that the POLYSEN-based method produced results similar to those obtained with a traditional nitrite detection method and more complex. In addition, POLYSEN has complied with European regulations on the migration of substances from the film to food. The researchers say the new approach could be a user-friendly and inexpensive way for consumers to determine nitrite levels in food.

The authors acknowledge funding from the La Caixa Foundation and the Spanish Agencia Estatal de Investigación. They also acknowledge the support and collaboration of the Inforapps company.

To learn more about the latest research news, register for our next meeting, ACS Fall 2022. Journalists and public information officers are encouraged to request a free press registration by completing this form.

The American Chemical Society (ACS) is a nonprofit organization accredited by the United States Congress. ACS’s mission is to advance the broader chemical enterprise and its practitioners for the benefit of the Earth and all its inhabitants. The Society is a global leader in promoting excellence in science education and access to chemistry-related information and research through its multiple search solutions, peer-reviewed journals, its scientific conferences, e-books and weekly periodicals. Chemistry and Engineering News. ACS journals are among the most cited, trusted and widely read in the scientific literature; however, the ACS itself does not conduct chemical research. As a leader in scientific information solutions, its CAS division partners with global innovators to accelerate breakthroughs by curating, connecting and analyzing global scientific knowledge. ACS’s principal offices are located in Washington, DC, and Columbus, Ohio.

Disclaimer: AAAS and EurekAlert! are not responsible for the accuracy of press releases posted on EurekAlert! by contributing institutions or for the use of any information through the EurekAlert system.