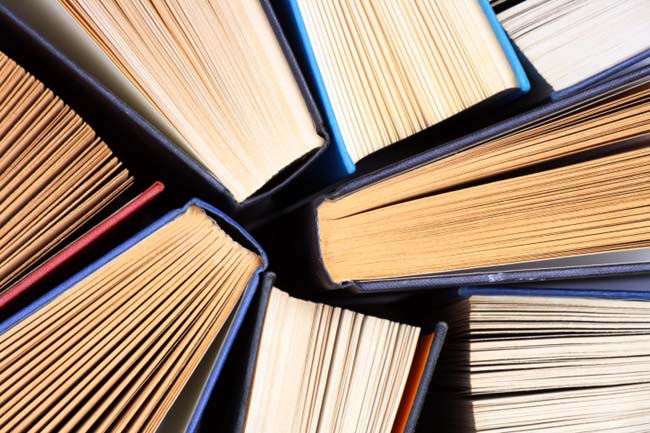 ‘Seed Keeper’, ‘The Other Black Girl’, ‘Hell of a Book’ and more – Twin Cities

ZAKIYA DALILA HARRIS: Discusses her debut novel, “The Other Black Girl,” a genre story that includes spies and horror, about the only black woman in an all-white publishing house who befriends a woman newly hired black girl to learn that the newcomer may not be a friend at all. Featured as African American speaker Archie Givens Jr. NOMMO. In person. In conversation with Lissa Jons Lofgren, host of Urban Agenda on KMOJ Radio and a podcast, “Black Market Reads”, for the Givens Foundation in which she amplifies the voices of black writers on their craft and their works. 7:00 p.m. Wednesday, April 27, University of Minnesota Coffman Memorial Union Great Hall, 300 Washington Ave. SE, Mpls. Mandatory masks. Free, but registration required at: continuum.umn.edu/reg/reservations-to-the-other-black-girl-featuring-zakiya-dalila-harris/.

KIESE LAYMON: Black writer from Jackson, Miss., author of the award-winning memoir “Heavy,” the essay collection “How to Slowly Kill Yourself and Others in America” ​​and the genre-defying novel “Long Division,” discusses his writing. In person. Presented by Minnesota State’s Write Like Us Reading Series. In conversation with Minnesotan Michael Kleber-Diggs, poet, essayist and literary critic. In person. 6 p.m. Thursday, April 28, North Hennepin Community College, 7411 85th Ave. N., Brooklyn Park. Free but registration required at: eventbrite.com/e/minnesota-state-write-like-us-presents-author-kiese-laymon-free-event-tickets-261986116527

JASON WORD: The author of ‘Hell of a Book’, winner of the National Book Award for fiction, discusses the novel, which follows the cross-country publicity journey of an eccentric novelist and a young black man whose world is turned upside down by a heinous episode of police violence. Virtual event. 7 p.m. on Monday, April 25, featured in the MELSA Club Book series. No registration required; streamed live at facebook.com/clubbook.

RICHARD POWERS: The author of “The Bewilderment” and Pulitzer Prize winner for “The Overstory” talks about his work in the Friends of the Hennepin County Library series Pen Pals. In person. 7:30 p.m. Thursday, April 28, 11 a.m. Friday, April 29, Hopkins Center for the Arts, 1111 Mainstreet. $55 to $45. Information: supportHCLIB.org.

JAMES ROLLINS: The author of standalone thrillers, the popular Jake Ransom mid-series and the Steven Spielberg film novelization ‘Indiana Jones and the Kingdom of the Crystal Skull’ discusses the 16th installment in his popular Sigma Force series, ‘Kingdom of Bones’ , in which the Sigmas race to prevent a global catastrophe caused by an insidious phenomenon deep within the Congo, where the evolving playground makes the lush biome cunning and predatory. Virtual event. 7 p.m. on Thursday, April 28, featured in the Club Book series. No registration required: live stream at facebook.com/clubbook.

Sue and Brian Roegge sell their Chapter2Books bookstore in Hudson, Wisconsin, according to an announcement via the Minnesota Independent Publishers Association. No reason was given for the sale of the store, which the married couple founded in 2011 to serve the Hudson and River Falls areas.

New in $16.99 paperback is “The Double Life of Bob Dylan “A Restless, Hungry Feeling, 1941-1966” by Clinton Heylin, considered the definitive biography of the Minnesota singer-songwriter, thanks to the author’s access to the unpublished archives of Dylan at the George Kaiser Foundation in Tulsa, Okla. In addition to exploring Dylan’s early years, Heylin explains how his voice and songs changed after recovering from a motorcycle accident in 1966, at the height of his fame.

Kahoot: in the news of April 22