RM, do you like sweet potatoes? : When BTS Suga roasted RM 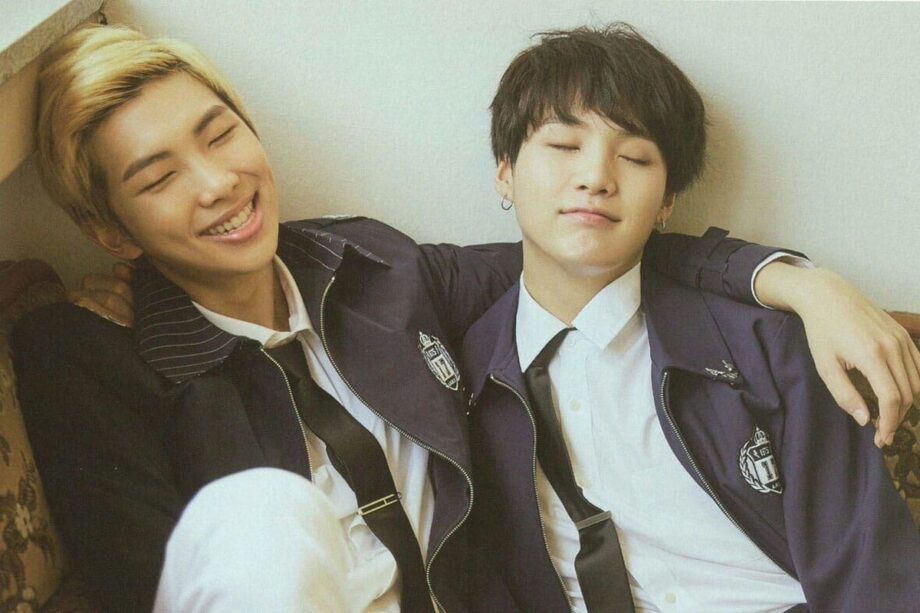 Originally a hip-hop ensemble, their sound has expanded to encompass a variety of genres. Their songs, often centered on personal and social commentary, deal with mental health, issues of school-aged youth, loss, the journey to self-love, and individualism. Their work frequently incorporates literary and psychological elements, as well as an alternate universe plot. They will be incredibly friendly and kind to you if you ever attend a fan meeting (which is unlikely but not impossible). They really care about you (I know I’ve said this before, but it’s true) and you can tell they’re interested in what you have to say. Consider this scenario. You’ve finally mustered up the courage to bet everything on your BTS bias. You open the Weverse app and dial your nerdy pickup line… and hope to be one of the lucky fans who get a response. Then, out of nowhere, someone drops a truth bomb on your planned moment! A twist on this scenario played out for an ARMY today as they shared an old but golden photo of RM with a sweet comment.

That’s when Suga dropped by to roast RM’s photo (and ARMY’s comment?) like a sweet potato. In the comments, Suga wrote, “It’s not a lollipop, it’s a whole weapon. Right?”
Well…he’s not wrong. In the hands of the “God of Destruction”, anything can become a weapon!

Also Read: ARMY In Joy as BTS Confirmed to Meet US President at White House: Deetz Inside