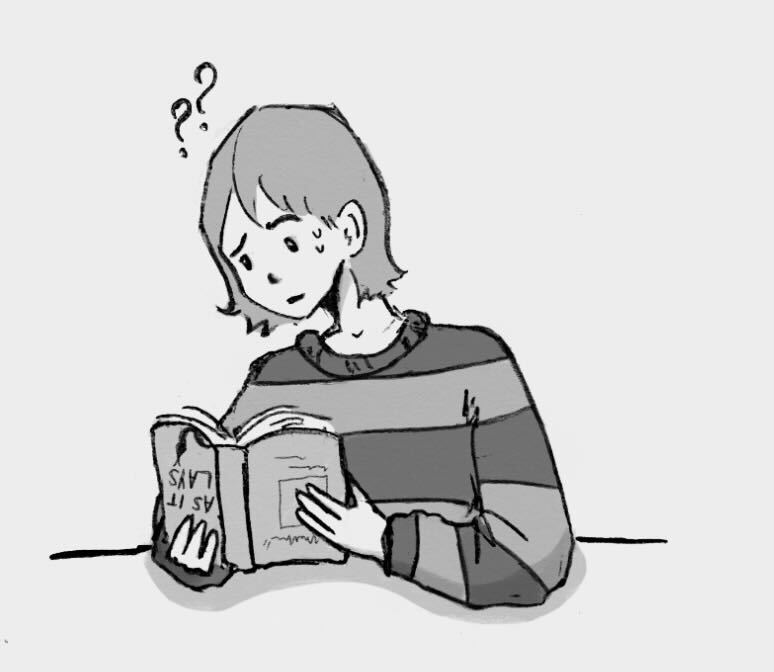 One of the guiding principles in my life is not to ask people what books they read because it depresses me or makes me feel like a cocky loser. Am I successfully complying with it? No. Is it fun to go on a first date with a guy who “reads a lot” and then incorrectly explains the plot of a Hemmingway novel? Yes.

However, my willingness to poke fun at the way men claim to know how to read is one thing, informed and supported by centuries of breast-focused literature they inflicted on the world. It’s another thing for me to poke fun at teenage girls for how and what they read, a warning as I prepare to add yet another layer of criticism to the already sizable pile, courtesy of BookTok, which is responsible for the increased emergence of three incredibly troublesome and somewhat disturbing social phenomena.

The first group is that of the industrialists, who faithfully follow a format and a vernacular to discuss the books. TikTok videos read like unpaid advertisements for books, listing the tropes they contain. Most are romance novels written within the last five years. Rather than wasting time on the plot, these creators describe the themes as “lovers’ enemies”, “brother’s best friend”, “workplace romance”, etc.

Recently, authors have joined the platform to talk about own books like an unpaid BookToker would. They list tropes and use images from Pinterest. It is clear that the video is an advertisement for the author at the end of the video. Otherwise, they are virtually indistinguishable from thousands of others.

Leaving aside for a moment how insidious this form of advertising is, it’s fascinating to see the influx of successful writers who would have been shunned by most publishers if TikTok weren’t around. What’s most alarming about not having to attend adult-teen conservations using the word “seggs”, or even seeing writers advertise by listing tropes is that the books they’re doing all this for are completely, catastrophically bad.

I am a woman of my word and I did not want to write about these books without giving them a fair chance, even if they are not at all to my liking. There are a few main categories, apart from the “trope lists” – sports romance, office romance, fantasy romance, and regular romance with socially relevant undercurrents. It’s been a truly miserable week of my life, going through as many of the most popular books of every genre as possible.

The last category, although it seems the most normal at first glance, is the most worrying. The subcategory has a champion, of course. Colleen Hoover is to the romance generated by the TikTok industry what John Grisham and James Patterson are to airport romances. His most popular novel, “It ends with us”, has sold four million copies and, in addition to being the most controversial of the books popularized by TikTok, is one of the worst books I have ever read.

Without going too much into the plot, it is about domestic violence. This book is a poignant and melancholic analysis of devastating violence when it comes from someone you love. Surprisingly, he fails to do so, instead taking what is a frequent and devastating experience and making it a soap opera.

Although I don’t have much else to say about Hoover and the genre she belongs to, the the second subculture spawned by BookTok does. The strongest reviews from loyal fans come from other app users who think problem books themes Where authors are inherently bad, even if they can’t agree on what constitutes a problem. When I first came across this part of the BookTok community I was intrigued, expecting the usual objections to “lolita” ignoring the intentions of Nabokov, or Conrad and Bronte, for the inextricable racism in their novels, since most users are students who often read their novels in class.

As usual when it comes to TikTok, I had it all wrong. After a few days of watching these videos, I realized that this subgroup was just a bunch of people arguing over whether fictional infidelity is inherently wrong. While this particular brand of depressing media literacy is mostly limited to books that only people with dogs in this fight would read, the premise that a book loses credibility if an author is outrageous is quickly becoming more popular. A ridiculous listing “authors to avoid” have been circulating on Twitter recently, with Shakespeare and Anne Sexton on the same list as John Green and Stephanie Meyer, with their alleged problematic behavior listed.

Finally, the last group created by BookTok – and the one that positions itself as intellectually superior to the last two – relies heavily on the over-identification, categorization and commodification of “vibes” or “aesthetics”. The growing popularity of the app and microtrends entirely specific to TikTok have created a whole new way to interact with media and build a personality on it.

Now you have “Donna Tartt, too annotated copy of a Greek tragedy, Oscar Wilde”, who read mainly to refer to what they have read, with surprisingly little understanding of meaning. Where there is “Sylvia Plath and Jeanne Didion, Richard Silke out of context quotes, The era of manipulative women“People who want to pass for iconoclasts, even if they don’t know how to inhale their cigarettes correctly.

“Cool girl” BookTok is profoundly white, vaguely classist – with hints of ill-made Marxist posturing – and soulless. The few writers of color who make it into the compilations are rewarded by seeing their piecemeal work on videos of white women going through slight changes in their lives while Fiona Apple performs if they’re lucky. Otherwise, it’s Taylor Swift.

The problem with this method of interacting with literature is that it is stripped of context. It’s one thing to find a beautiful quote or fragment, it’s quite another to engage in poetry only in “compilations” that put together pieces of mutilated poems, or to read Russian novels for the pleasure to be seen with them. Reading books written by brilliant people in pain, books that were written with intention every step of the way, and having done so with the purpose of being a “nice girl,” and to have understood perhaps half of them is a victory for commodification, and nothing else.

You’re not in your “It girl, read for fun, romance my life” era, you become functionally illiterate and unable to read books that are not written to an industry standard literally informed by a true defense of fanfiction.

Finally, I don’t think we effectively combat misogyny by promoting anti-intellectualism. TikTok is do enough of that already. There’s a reason critically acclaimed writing reaches the heights it does, and there’s a reason why some novels stand the test of time and others don’t. While tastes and preferences will always vary, talent, thought and hard work are enduringly visible in literature worth reading, and sorely lacking in books so popularized.

BookTok does not encourage young women to read, it generates ignorant conversations centered on poorly written and sadly similar books. Even at its best, it promotes the idea that young women should base their identities on a few personality traits stolen from books they’ve been told to read just for the image it will give them.

Sofia Uriagereka-Herburger writes about international and national politics and social movements. Write to him at [email protected]