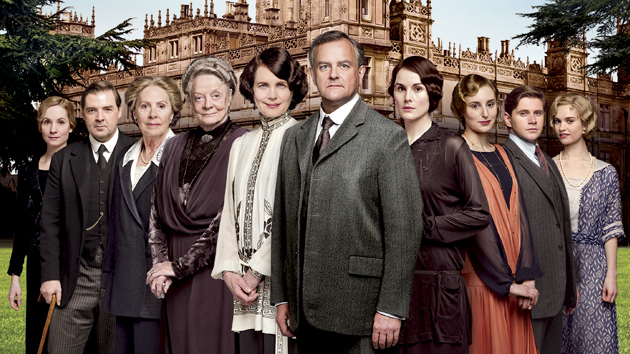 Review: ‘Downton Abbey: A New Era’ is the ‘Avengers Endgame’ and ‘Last Jedi’ for fans of the great series

Simon Curtis directed what could be the final chapter of ‘Downton Abbey’ in ‘A New Era’, which opens Friday.

Curtis (“My Week with Marilyn”) is also the longtime husband of actress Elizabeth McGovern, who played Lady Cora Crawley, the American wife of Lord Robert Crawley, the 7th Earl of Grantham since the series began. televised in 2010. In all those years, however, Curtis has never directed an episode of the popular show. He made movies. We used to joke that he was never given inside information about what was happening on the show, lest he spill the wick.

So it makes poetic sense that Curtis gets the final ride behind the wheel with the second and possibly final “Downton Abbey” movie penned by the show’s genius creator, Julian Fellowes. Curtis is very good at creating empathy for on-screen characters (see Marilyn Monroe, for example). “A New Era” is much warmer than the first film with a greater sense of humor. Curtis deftly softens the heaviness of the inevitable with a light touch. He never allows a tearful moment.

There are, however. an impending tragedy. Violet by Maggie Smith, Robert’s mother, is dying. She told us at the end of the first film that she had cancer. This being 1928, and Violet being quite old, there aren’t many options. Indeed, since “Downton” began with the sinking of the Titanic in 1912, Violet is most likely around 96 years old! (Smith is an 86 spry, by the way.)

Since “Downton” fans, not to mention her fictional family, never want to see Violet die, Fellowes was very smart in arranging her release. He sets everyone up, so Violet works her way through “A New Era” until, after facing one final revelation, she’s ready to close her eyes. Fans will need tissue boxes for this movie.

But it’s a “new era” and Fellowes is wisely focusing on the younger generation. Lady Mary (Michelle Dockery) welcomes a British film crew to Downton to shoot a silent film. They will pay a large sum, which Mary needs to fix the towering, leaking roof of the famous estate. But movies are in transition. When the director (an excellent Hugh Dancy) is told to suspend production because talkies are now in vogue, Fellowes deftly involves Lady Mary in the proceedings.

While the Crawley family and downstairs staff are busy with a film being shot in their home, the bulk of the gang heads for the south of France. Violet inherited a lavish villa from a man she knew when she was young. The man’s family is not happy and Violet cannot explain why he would leave her this extravagant gift. This raises a lot of questions for Robert (Hugh Bonneville) about his paternity.

Between the story of the film in the UK and the shipment of the villa to France, Fellowes manages to not only work but to solve all the loose threads for the many characters. By the time “A New Era” wraps up, we have an idea of ​​what the future holds for everyone, and everything looks pretty rosy.

A few notes: Jim Carter’s Mr. Carson shines as usual, reciting a passage from “King Lear” as he receives devastating news. Carter and his real wife, Imelda Staunton, also have a little “inside joke” scene. Barrow, the gay butler who has struggled with his anger and how to live his life, finally gets to be happy. Kevin Doyle’s Mr. Moseley, famous for his hilarious failures, finds a surprising direction. And of course, the whole film hinges on the first scene of former stoker Tom Branson, once an Irish revolutionary, marrying a cousin Crawley, thus ensuring the prosperity of Downton’s legacy. (Branson is literally the luckiest man in literary history.)

But will he? We have finally arrived at the point where Wall Street will soon collapse in 1929. Hitler will be on the rise. The Great Depression is upon us. Leaky roofs will become the least of Lady Mary’s problems. (Also, her husband, played by Matthew Goode at the end of the series and mostly absent from the first film, is totally absent now.) The party is over. All fortunes will soon be reversed. And it may be better to let the Crawleys rest now than explore the harsh decades ahead.

For fans, “A New Era” is the “Avengers Endgame” of this 12-year journey. It’s totally satisfying and incredibly entertaining. The film is a true tribute to Fellowes, who created beloved and rich characters that will live on in our imaginations for generations to come.

Keane on the books: The chance to build a writing career in Ireland is academic