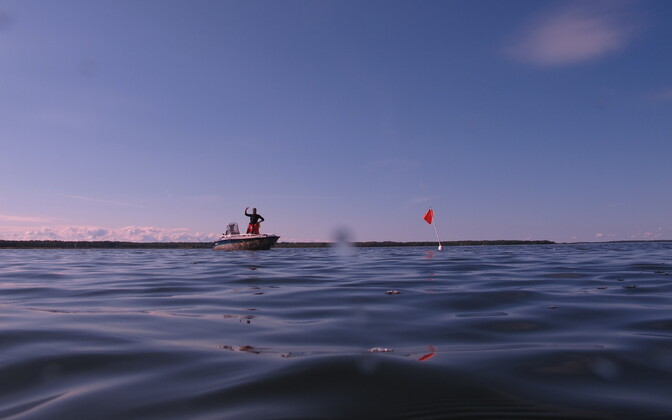 “If we study the impact of human activities on marine ecosystems without taking into account the specific species that inhabit them, we will neglect serious damage,” said Annaleena Vaher, a researcher at the University of Tartu.

Ecologists should consider how algae and mussels, for example, contribute to reef habitat. “Certain human activities can have a much greater impact on specific species that make up the habitat than on the habitat as a whole.”

Vaher and his colleagues have developed the PlanWise4Blue app that predicts the cumulative effects of 21 distinct human activities on 27 natural assets, to help aquaculturists, wind farm developers and fishermen, among others, plan their marine activities effectively. and responsible.

In a recent preliminary study, the app was used to assess the individual and combined effects of three types of human activities on reef and sandbank habitats in the northeast Baltic Sea.

The researchers chose these three types of activities because their control varies. Even if the choice to build a wind farm has already been made, its location can be adjusted by a few hundred meters if necessary. “However, it is very difficult to control invasive species that have arrived in the Baltic Sea unless they are served in restaurants,” she said. And the amount of nutrients entering the sea depends entirely on human agricultural activity.

“Of the three impacts assessed, the current abundance of nutrients in the water is the most detrimental factor to natural values,” Vaher said.

If the influx is not reduced, valuable seabed habitats will disappear and the water will begin to bloom. “Large algae and higher plants are at risk, especially eelgrass. This species is very vulnerable to pollution; it needs lots of light and clean water,” Vaher said.

The destructive effects of nutrition can however be easily managed by people.

In their application, Vaher and his colleagues modeled a future in which the nine countries surrounding the Baltic Sea limit the amount of nutrients entering the sea by a quarter. “The result greatly improved the picture,” Vaher said.

Although the Baltic Marine Environment Protection Commission (Helsinki Commission – HELCOM), which manages the Baltic Sea, has also stressed the need to reduce fertilizer inputs by a quarter, Estonia, for example, has not yet lowered its own contribution to this level.

Furthermore, Vaher continued, it is unlikely that the major industrialized countries could accomplish such a reduction at present: “National borders are less distinct at sea. HELCOM must coordinate the process so that all States reduce their contributions minimal nutrition.

“For example, nutrients could lead to an 80% decrease in eelgrass habitat in some areas, but invasive species could also lead to a 30% reduction,” Vaher explained. Controlling invasive alien species in the sea is almost impossible and both species – the estuarine mud crab and the round goby – are now widespread and well established in Estonian waterways.

“The impact of wind farms on marine wildlife is rather minimal.” Only a small part of the windmill goes into the water, and this new substrate (attachment surface, -ed.) may actually increase the number of marine molluscs, Vaher said. “The results showed that placing a wind turbine in areas where reef habitat does not naturally exist could generate a favorable base for reef species to adhere to.”

“Our modeling has shown that removing nutrients from the marine environment is necessary if we are to improve the state of the sea. Again, invasive species should be caught and eaten where possible, and parks Wind turbines should be placed with extreme care to minimize impact on marine habitats.”

All Baltic Sea countries could use the PlanWise4Blue model in collaboration, she said. “After all, we share a common sea, and decisions must be made collaboratively and scientifically.”

The app could be valuable for marine planners, who could see on a map where it is most environmentally sustainable to plan a certain activity and what activities could be developed in the area to reduce cumulative environmental impact.

The PlanWise4Blue algorithm uses current scientific literature and databases and translates this information into a format that allows the simulation of many scenarios.

These could be used to assess the impact of various human activities on the Baltic Sea ecosystem. The app’s output maps depict the degree to which habitat area is diminished or expanded under any given scenario.

A square on PlanWise4Blue maps represents a single square kilometer. It’s not technically difficult, Vaher said, to increase the resolution of the app, but first you have to acquire a lot more environmental data. “We are continuously improving the app in light of new human stressors and scientific literature.”

The application portal is a good illustration of how cutting-edge science can be applied quickly to solve society’s most pressing environmental problems. “That way we can make more informed decisions as a group,” Vaher said.

The tool, commissioned by the finance and environment ministries and supported by several other organisations, is currently being tested with data from Estonia, Latvia and Finland.

“Estonia’s strength,” Vaher said, “is that we are small enough to test such systems; if they work, others will follow suit.”