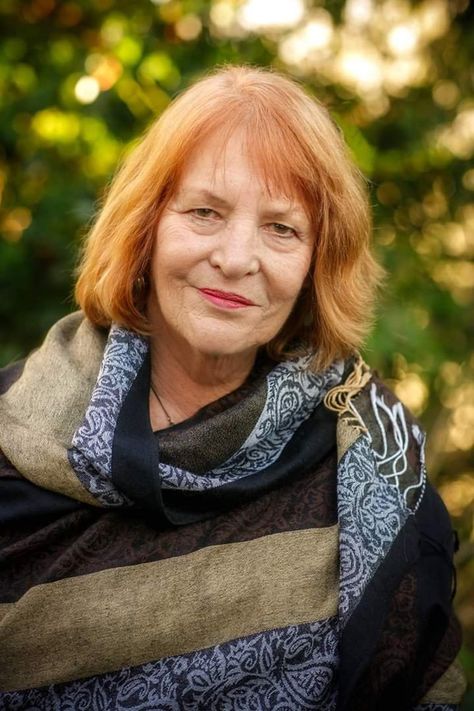 Judith Roche has lived her life fascinated and immersed in the power of the written word.

As a long-time poet, she has published several collections of works, including â€œWisdom of the Body,â€ which won an American Book Award in 2007. As long-time director of Bumbershoot’s literary arts program As part of One Reel, she brought countless nationally recognized authors to Seattle and also raised the voice of local writers through magazines and other publications. As a professor of writing – at many institutions including Hugo House, Cornish College of the Arts, Seattle University, Antioch University Seattle, and universities and poetry centers nationwide – she has inspired her students with the endless and respectful possibilities of words.

A memorial service for Ms. Roche, who died at the age of 78 on November 14 of complications from a stroke, will be held at the Jack Straw Cultural Center, 4261 Roosevelt Way NE, Seattle, at 1 p.m. on Sunday, January 5. All are welcome; a number of local writers will share memorabilia from Ms. Roche, as well as poems written by or inspired by her.

A second memorial will be held at Hugo House on Sunday February 23 at 3 p.m. again, all are invited to participate and share poems from or about Ms. Roche. (In a final act of generosity, Ms. Roche left her vast personal library of books by Northwestern poets and writers at Hugo House.)

Friends speak of Mrs. Roche as a warm and caring woman; a natural unifier with a ready laugh. â€œShe really had a knack for getting the best out of people and helping them use writing as a way to deal with things that happened in their lives,â€ said her daughter, Tari Roche.

“She was free-spirited and daring,” said Louise DiLenge, friend and former colleague of One Reel. â€œShe was awesome. She just took life by her teeth and made it do what she wanted her to do. It’s hard to find people like that. A lot of people talk, but they don’t live this life, and Judith did.

Originally from Detroit, Ms. Roche moved west in her twenties and as a young woman worked on the Trans-Alaska Pipeline before settling in the Seattle area. In the 1970s, recalls her friend Sibyl James, Ms. Roche â€œwas a flagman on I-90 when they expanded it. She was standing there with the flag reading a book.

Hired by One Reel to run its literary program in 1986, Ms. Roche and DiLenge “brought this program back to life,” DiLenge said – by raising funds, by publishing anthologies, by bringing well-known authors to town, by creating programs for local schools. These education programs, DiLenge said, encouraged struggling students to write from the heart, “as opposed to punctuation and structure,” and to put words on paper.

Tree Swenson, now executive director of Hugo House, recalled how Ms Roche revitalized the Bumbershoot book fair, making it a lively gathering of small publishers. â€œIt really helped create a camaraderie between the presses in various parts of the Northwest – we all saw each other every year at Bumbershoot,â€ she said. “It was Judith’s greatest gift – she was very good at bringing people together.”

Ms. Roche worked for Bumbershoot until 2005. In 2007, One Reel awarded her its Golden Umbrella Award for Achievement in the Arts, citing among her accomplishments the co-edition of the anthology â€œFirst Fish, First Peopleâ€ (winner of the ‘American Book Award in 1998) and edition of Bumbershoot’s annual literary magazine, Ergo !, from 1985 to 1994. â€œJudith’s support for local writers and artists is unparalleled,â€ One Reel wrote in its ad, â€œand her good spirit was not only an integral part of the One Reel community. , but from the artistic community of the city and the country.

During her lifetime, Ms. Roche was a passionate environmentalist with a particular interest in fish. (You can hear her voice while reading her poem series â€œSalmon Suite,â€ during an installation at the Hiram M. Chittenden Locks in Ballard.) She was a member of the Black Earth Institute, a group of artists and academics who have focused on social justice, environmental issues and the spiritual dimensions of the human condition in their art and work. She was a founding member of the Red Sky Poetry Theater, a long-standing local open mic poetry series. And she has spent a lot of time with young people – teaching students of all ages, working with young people in detention centers and sick children in hospitals. â€œI think she helped each of them understand each other more through the work they did with her,â€ her daughter said.

Besides her daughter Tari, Ms. Roche is survived by her son Robin, who is deaf and has Down syndrome. Thanks to him, said Tari Roche, Ms. Roche was deeply involved in local deaf and disabled communities. Other survivors include her granddaughters, Sahara and Gabriella Suval, her sisters, Lori Johnson and Marilyn Pramstaller, and their families.

The family is asking that in lieu of flowers, donations be sent to L’Arche in Seattle, a nonprofit organization that supports and provides community for people with developmental disabilities.

Ms. Roche’s poem â€œMetaphors of Dust,â€ published in the Black Earth Institute’s About Place Journal, ended with these lines:

But it’s so old

that we are dust and return to dust –

We are an example of a star in history

We become the metaphor

and in this metaphor

we are all old

and whatever he says

on our mixture of spirit and dust.

We are the metaphor of history

old souls whirling in the wind tunnel of time,

spirit and star and dust.