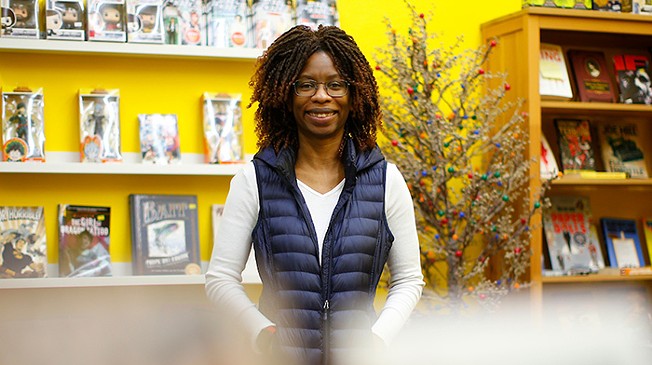 One of America’s most commercially successful authors decided to help independent bookstores, including those in Pittsburgh.

James Patterson, the best-known writer for his Alex Cross series, has donated a total of $ 250,000 in grants to bookstores across the country as part of his annual Holiday Bookstore Bonus Program. The program is administered by Patterson and the American Booksellers Association, a nonprofit trade organization dedicated to independent bookstores.

The program was created to provide $ 500 freebies to employees of current ABA member stores, according to one description. This year’s winners include Mary Ferris of the Penguin Bookshop in Sewickley; Eowyn Randall of Riverstone Books, which has branches in Squirrel Hill and McCandless; Lesley Rains of the City of Asylum bookstore on the North Side; and Lea Bickerton of The Tiny Bookstore in the North Hills.

Winners could nominate themselves or be nominated by clients, publishing professionals, authors or by colleagues or management.

While Patterson is known for his thrillers, he branched out into other genres, including children’s books. For this reason, the Holiday Bookseller Bonus Program has in the past focused on rewarding booksellers who serve young readers.

Patterson has taken a step back from full-time writing, now running what has come to be dubbed a book “factory”, using his name and, in the case of some oddly endearing TV commercials, his face to promote bunch of titles from other writers (there’s even one by country idol Dolly Parton). He has also worked to promote literacy and support independent bookstores, especially during the pandemic when many physical stores closed during closings.

In a video on the ABA website, Bickerton said the grant was “very generous” and “very much appreciated,” adding that she planned to use the funds to expand the lifelong learning program. of the life of the store.