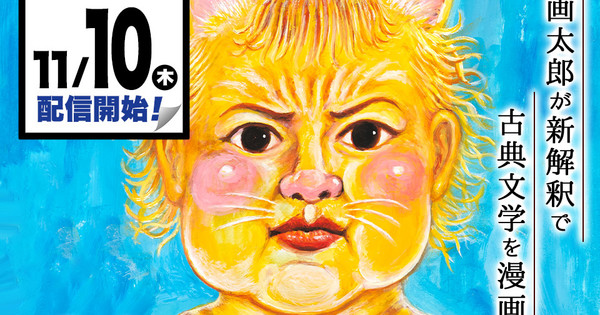 Shonen Jump+ also announced that Nioshi Noa will start serializing the Dorei no Watashi-shi Mofumofu Shujin ga Michibikute Kyō mo Buji Shibō manga on the site on November 25. Noa began serializing the manga in the Jump Rookie! website on June 10 and released the fourth and final chapter on July 9. Noa previously drew the Kusogette Iuna! manga, based on Omochsanthe original story. The story inspired a net anime which debuted in October 2020. Crunchyroll streamed the anime as it launched new episodes with the title Don’t call us A JUNK GAME!.

Man-gatarō launched the Hoshi no Oji-sama manga on the Shonen Jump+ website in September 2017 and completed it in March 2020. Shueisha released the manga’s sixth and final compiled book volume in June 2020.

Man-gataro Chinyūki ~Tarō to Yukai na Nakama-tachi~ manga received a four episode OVA adaptation in 2009 and a live-action movie in 2016.