“Bob cared about the writing as much as I did.” Sony Pictures Classics has released a trailer for a documentary film titled in full – Turn Every Page: The Adventures of Robert Caro and Robert Gottlieb. This premiered at the Tribeca Film Festival and also screened at the Hot Springs and Middleburg Film Festival. It’s also playing at AFI Fest in Los Angeles this fall before it opens in US theaters later this year. “For 50 years, a unique and lovingly cantankerous professional relationship has existed between iconic Pulitzer Prize-winning author Robert Caro and his publisher, literary giant Robert Gottlieb. Beginning in the early 1970s with The Power Broker book, Caro’s timeless exploration of power and NYC, via the machinations of Robert Moses, they worked together to produce Caro’s repertoire of painstakingly researched and exquisitely edited works. Now, as Caro completes his fifth and final book on LBJ, Gottlieb and the world eagerly await what will likely be their final collaboration.” Featuring interviews with Robert A. Caro, Robert Gottlieb, Bill Clinton, Conan O”Brien, Maria Tucci and many more. It looks absolutely delicious. 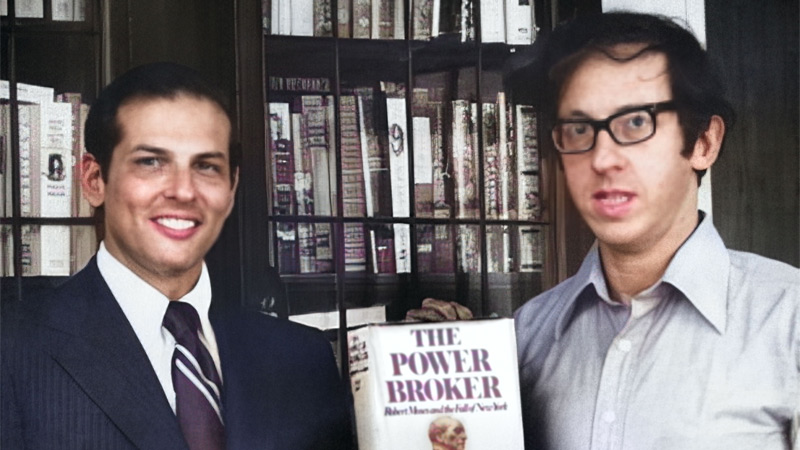 Feature-length documentary Turn Every Page explores the remarkable fifty-year relationship between two literary legends, writer Robert Caro and its longtime editor Robert Gottlieb. Now 86, Caro is working on completing the final volume of her masterpiece, The Years of Lyndon Johnson; Gottlieb, 91, is waiting to ride it. The task of finishing their life’s work looms before them. With humor and insight, this unique double portrait reveals the working habits, idiosyncrasies and professional joys of these two fierce intellects at the culmination of a journey that has consumed both their lives and impacted generations of politicians, d activists, writers and readers. Turn Every Page: The Adventures of Robert Caro and Robert Gottlieb is directed by an American doc filmmaker/theater director Lizzie GottliebRobert’s daughter and director of documentary films The man of today and Romeo Romeo previously. Produced by Jen Small, Joanne Nerenberg, Lizzie Gottlieb. This delicately premiered at the 2022 Tribeca Film Festival earlier this year. Sony Classics will debut Turn every page in select U.S. theaters from December 30, 2022 at the end of this year. Interested?

How will Shutterstock selling AI-generated art affect you?