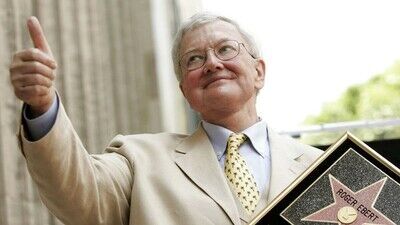 According to our frequent collaborator Marya E. Gates, “The criticism I always come back to is her criticism of”Only you“It’s so charming and moving and takes the film in its own way. The very last line stuck with me for decades. I read it when I need a helping hand.” Here are the reviewer’s final words: “Norman Jewison, who directs ‘Only You’ with a light, smiley touch, began his directing career just when movies like this were going out of style. He directed Doris Day in ‘The Thrill of It All’ (1963), with James Garner, and in ‘Send Me No Flowers’ (1964), with Rock Hudson, and I hope Marisa Tomei understands that it’s a compliment when I say that in ‘Only You’ she’s got a bit of Doris Day’s sunny warmth I guess Doris Day is out of fashion anymore, just like movies like ‘Only You’ but that’s not because something is no longer done that it is not worth doing.”

Our distant correspondent from Brazil, Pablo Villaca, one of the film critics we met online and whose works we admired so much that we started publishing them on our site, writes: “‘By his eternity, I measure my time’, wrote Roger about ‘The good life‘. This sentence alone tells us what a masterful writer he was. He didn’t need long words or long sentences to express complex thoughts and feelings. With one more word than the mythical six Hemingway posed in his famous challenge, Roger told us the story of his life and the importance of Art itself. What made Roger so powerful as a writer, however, was not just his talent, but his immense sensitivity and unparalleled humanity. He understood how an image could tell us different stories and make us understand profound changes in ourselves even if the film itself never changed at all. Marcello was still the same mirror and, in a sense, the reflection on his surface was still the same – it was Roger who kept changing, maturing, growing as a human being and, therefore, seeing its reflection in new lights and in new positions.”

As for another cherished contributor, Donald Liebenson, his favorite review of Roger conjures up memories of another April in the past. “Of the two new films released the weekend of April 15, 1983, ‘Lone Wolf McQuaid’ starring Chuck Norris overtook ‘Flashdance’ at the box office,” he wrote. “I’ll say it again: ‘Lone Wolf McQuaid’ has overtaken ‘Flashdance’ at the box office. Meanwhile, in Chicago, ‘local hero‘ opened on a screen at Water Tower Place. It took about two months before he got to Chicago. Its star, Peter Reigert, is no Chuck Norris when it comes to putting asses in seats. But Roger’s four-star review compelled me to try Bill Forsyth’s whimsical village comedy. Roger had me at, ‘Here’s a little film to treasure, an affectionate, funny and understated portrait of a small Scottish town and its encounter with a giant oil company.’