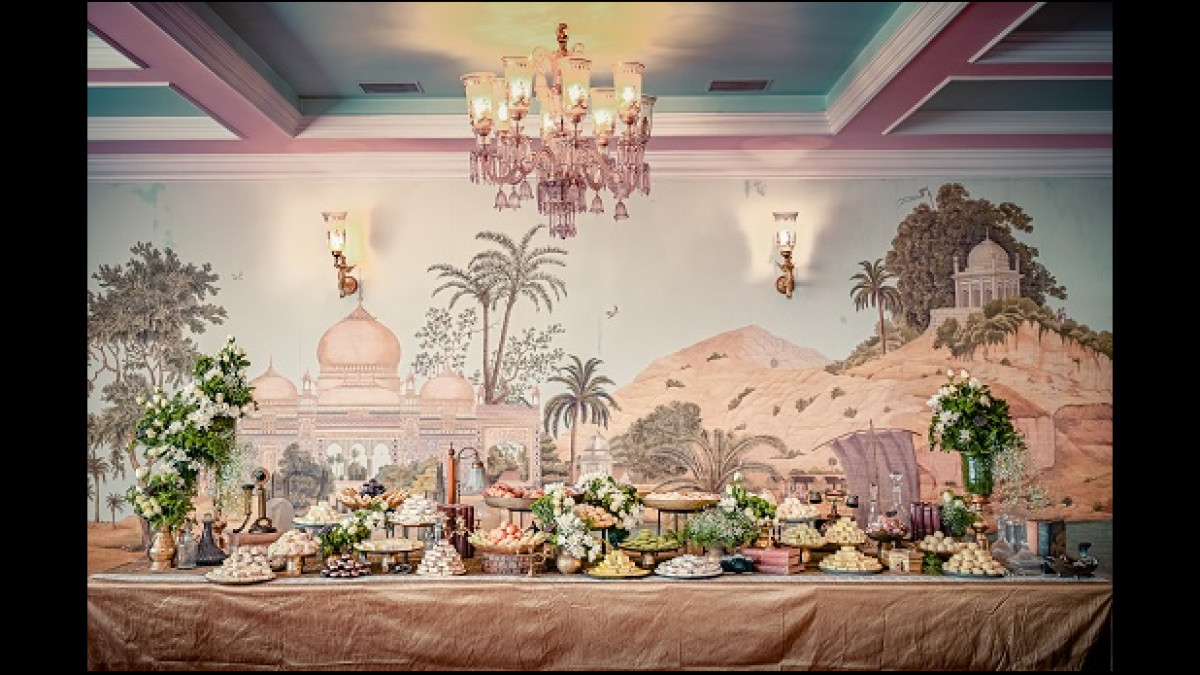 Kolkata to Host Literature Festival Based Only on ‘Mishti’

Pointing to a long table artistically laid out with a mind-blowing variety of ‘mishti’ (Bengali for sweet), exclaimed Lahana Ghosh, whose family owns the popular brand of mishti Jugal’s, “Can you imagine the variety that can be made in just using ‘chhana’ [cottage cheese] and sugar? The people gathered around the table could only nod.

On the last day of May, the luxurious Glenburn Penthouse, which overlooks some of Kolkata’s greenest views, hosted a gathering of city luminaries from a variety of sectors, including foreign missions, the entertainment industry and homes of business. And they were there for one reason only – their love for mishti.

Incidentally, the slogan coined by the state government’s tourism department reads: “Welcome to Bengal – The sweetest part of India”.

Very few people out of state know about the varieties of sweets available here, actor Saswata Chatterjee pointed out. Ask any visitor what their favorite Bengali candy is, they will invariably reply “rosogolla” and “misti doi”, he said. ‘Sandesh’ is a distant third, someone else stepped in.

Sweets have always been an integral part of Bengal life and culture; it has been widely mentioned in various cultural genres, from literature to cinema. Medieval Bengali texts also mention the variety of sweets found in Bengal. However, it was the introduction of ‘channa’ by the Portuguese around 400 years ago that prompted the confectioners of Bengal to let their imaginations run wild. Before that, sweets were made from powdered milk (remember the Peda sold in most temples as offerings), sugar (remember the ‘kodma’ or ‘mothh’ offered to the Goddess of learning Saraswati during its annual celebration), or coconut (the ‘narkel naru’ a must during the post-Vijayadashami festival). “Mishti has been part of our culture for thousands of years. For example, the earliest reference of Malpua, a fried pancake soaked in syrup dates back 3,500 years, to the Rig Veda who call it ‘apupa’. Over the centuries , apupa incorporated many more cultural influences and was embraced by different faiths,” Ghosh said.

Unfortunately, there is no complete record of the history of Bengali sweets (some with very interesting anecdotes to their names – such as the Ladikeni named after Lady Canning, wife of the first Viceroy of India British) or their presence across cultural genres.

To fill this gap and popularize Bengali sweets beyond the state, Ghosh conceptualized a literary festival based on the theme of ‘mishti’. Called the Jugal’s Literature Festival, it is the first literary festival of its kind and will be held in December this year.

Ghosh, who previously worked in Canada, returned to Kolkata to take over the reins of the family business; among other things, she decided to break into the male-dominated mishti making industry of Bengal with a team of women trained in mishti making. Interestingly, it was Jugal’s Park Circus that Hollywood’s favorite chef and Netflix sensation Asma Khan headed to when she was in Kolkata in January this year.

Globetrotting journalist and photographer Kounteya Sinha is the festival director while Oiendrila Ray Kapur is the creative director.

The festival is scheduled to take place from December 9 to 11 this year.

The festival will take place across 10 venues including some of Kolkata’s iconic addresses such as traditional houses, art galleries and modern institutions, with each venue holding such an event for the first time, according to organizers. Says Ray Kapur, “I will use the greatest flavor of Kolkata – its freedom – in the design of the festival. The freedom of thought, in ideas, in the way we protest or celebrate. I will use the backdrop of Kolkata – its architectural construction – from ancient bastions of history to modern architectural marvels – to create this festival.”

And if all goes according to plan, Kolkata could also see the longest mishti-laden table in the world.

As guests sampled the variety of treats, some interesting conversations flowed.

Popular Bengal film industry actor Prasenjit Chatterjee has recalled how his father (veteran actor Biswajit Chatterjee) who traveled frequently between the two cities at the peak of his career, invariably carried loads of sweets from Kolkata to Mumbai for his contemporaries. Madhu Neotia, who runs Neotia Arts Trust, and actor Ekavali Khanna confirmed that the tradition still continues today. “No matter what city I travel to, I have to carry sweets from Kolkata,” Neotia said. According to Khanna, who commutes between Kolkata and Mumbai for work, many of her co-actors and crew members have made a special request for “roskadom” from Kolkata.

For director Arindam Sil, the idea of ​​an exclusive mishti literary festival was “unique and intriguing”. The fact that it’s not uncommon to find best friends arguing over who’s the best mishti shop in town or whose sweet signature was the best shows just how serious the Bengals are about mishti. , he added.

Food literature, especially Indian food literature, is not celebrated enough, believes actor Sujay Prasad Chatterjee, who looks forward to the festival as a platform that will ensure that Bengali mishti is enjoyed around the world.

According to Dr. Debanjan Chakrabarti, director of the British Council, globally, sweets from Bengal rarely enjoy a distinct identity, with the possible exception of ‘rosogolla’; otherwise, it’s pretty much clubbed under the Indian sweets. He hopes the organizers of the literary festival can lead the way in appreciating and documenting the history of undivided Bengal through sweets. “The Literary Festival will be a pivotal moment in telling the stories around our sweets,” he said.

Husna-Tara Prakash, owner and general manager of the Glenburn Tea Estate & Boutique Hotel, made an interesting observation about pairing tea, whether pure Darjeeling tea or flavored tea, with Bengali sweets. “When we organize our Kolkata city tour and stop at St. John’s Church, we serve Darjeeling tea with a little Sandesh on the side,” she added.

Many of the guests were seen turning to Prabha Goyal, an integrative nutrition and health coach, for advice on how to stay fit despite their love of Bengali sweets. Goyal said that while it’s important to eat authentic organic foods and exercise regularly, she isn’t opposed to people enjoying sweets as long as there are no medical complications and that they can consume it in moderate proportions.

As the literary festival approaches, organizers are sparing no effort to prepare a comprehensive dossier on the lost knowledge of mishti, said festival director Kounteya Sinha. “It will be a small festival with a difference, where we will examine the science of food, how it has changed milk, among other things,” he said.

THE MUSIC will be performed at the Stonewall Inn

What is this fascination Indians have with spelling bees?-Opinion News, Firstpost