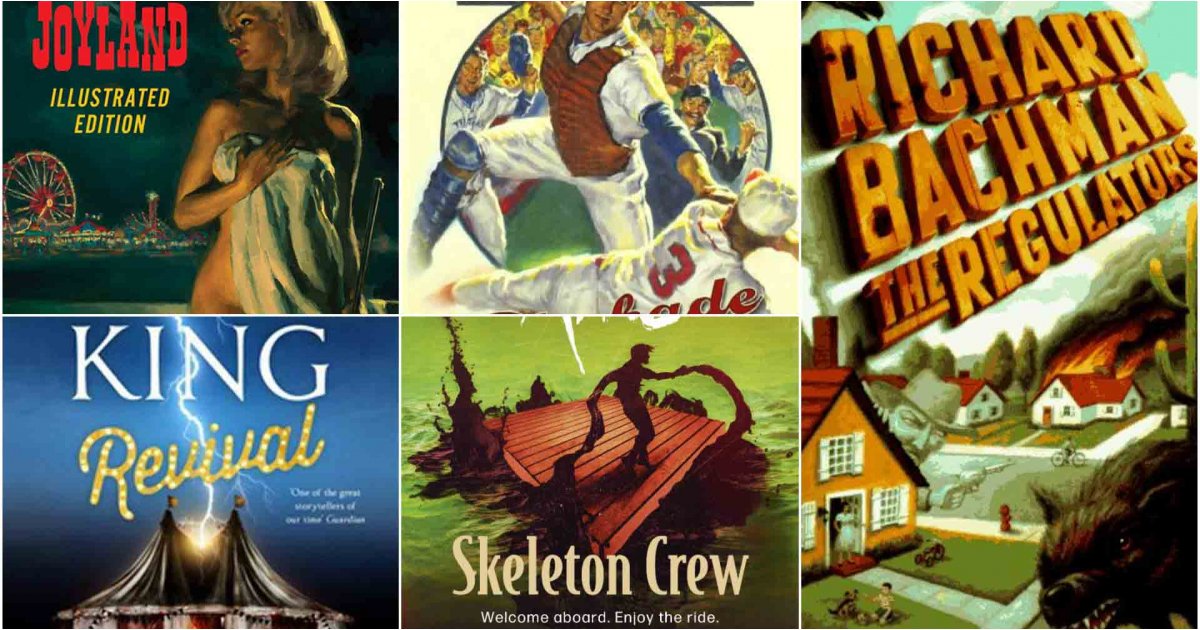 Incredible Stephen King Stories That Need To Be Made Into Movies

We live in the golden age of Stephen King adaptations. On the big screen, Mike Flanagan offers us intelligent and faithful adaptations of his work. The director’s cut of Doctor Sleep is a masterpiece of bringing King’s literary and cinematic worlds together.

Hell, even on the small screen there’s plenty to enjoy. The Outsider is solid, Mr. Mercedes much better than we expected. Sure, there are a few duds, including the recent Firestarter and don’t get us started on The Dark Tower, but we’re at a point with the King adaptations almost up there with Stand By Me, Misery and Shawshank. .

But we are still thirsty for more. There are plenty of Stephen King stories that are ripe for adaptation. From pure horror to sci-fi to supernatural, here are some of our favorite King stories we’d love to see on the big screen.

Be careful, constant reader – there are spoilers inside.

Stephen King stories that should be movies

From the Full Dark, No Stars collection, Big Driver tells the story of Tess, a mysterious writer who suffers a flat tire after riding a studded board. She is offered the help of a seemingly kind truck driver, who quickly turns on Tess, rapes her, and leaves her for dead. The part that would make this a mind-blowing thriller is Tess’s decision not to go to the police but to take matters into her own hands, get revenge on her attacker and get revenge on all the other women he killed.

1922 has already been made into a film in this anthology and this one is also ripe for adaptation.

You don’t get a lot of sports movies based on Stephen King books. Blockade Billy tells the story of an unpromising young baseball player who is called up by the New Jersey Titans in a moment of desperation and turns out to be a phenomenal player. However, Blockade Billy, as the man becomes known, isn’t quite what he seems. It’s one of King’s less fantastic novels and the right director could pull off both a great sports underdog story and a psychological thriller.

Like a less elaborate Hunger Games, The Long Walk sees one hundred boys take part in an event in which they must walk at a pace of over 4 mph, without resting or eating anything beyond basic rations. If they slow down, they get a warning. If they receive three warnings, they are shot. They will keep walking until there is only one left, who will receive everything he wants for the rest of his life. Friendships and rivalries are formed as the march progresses and rules are broken. Frank Darabont (The Walking Dead) owns the rights but hasn’t done anything with it.

Another ghost-centric story, with a little more spooky punch due to the fact that it’s set in a former amusement park. A college student takes a job at Joyland Amusement Park and a fortune teller tells him to expect two encounters with unusual children. These encounters lead to a ghost in the haunted house and an unsolved mystery.

The story of a girl who separates from her mother and brother while hiking and finds herself alone in the forest waiting to be rescued. Besides just being a time-trial thriller, it also has elements of fantasy as the little girl, Trisha, begins to imagine that an evil wasp-faced being is stalking her. Lynne Ramsey is said to be making a movie out of it, so we can’t wait to see what she does with it.

Written with King’s son, Joe Hill, author of the excellent Horns, Throttle is influenced by Richard Matheson’s book Duel (which became an excellent Steven Spielberg film), but instead of a battle between a terrified motorist and an invisible truck driver is a showdown between an invisible truck driver and a group of outlaw bikers. Duel is a great movie that’s been seen by relatively few people, so ripping it out for an update isn’t necessarily a bad thing.

In The Tall Grass has been made into a Netflix movie and is from the same anthology, so hopefully this one can see the light of day.

An autistic child named Seth gains the power to control his hometown from an entity called Tak, who possessed him. Given Seth’s television obsessions, the town becomes a hybrid of old western pastiche and sci-fi monster playground. It’s a highly surreal story of a child’s strangest imaginings seeping into everyday life, but with all the possibilities for visual excess and unpredictable plots that that suggests. We’d love to see an adaptation of this that also takes despair into consideration, perhaps with Tak jumping between the two interconnected tales.

It’s such a shame that King’s best collaborator right now, Mike Flanagan, scrapped his Revival movie idea because we would have been in for a treat. In the book, we follow the story of Jamie Morton, from child to man who befriends a local pastor, Charles Jacobs. Tragedy besets the pastor, and what ensues is a Frankenstein-esque story that straddles the ideas of death, religion, and redemption beautifully. Given that the ending is dark (yes, even darker than The Mist), this would be a dark but brilliant tale

And you thought Pennywise, The Clown was terrifying – there’s another redhead demon in Stephen King lore that’s just as scary and that’s Bad Little Kid. The story, taken from The Bazaar of Bad Dreams, is light: George Hallas is in prison awaiting execution for killing a little boy. Although he never talked about killing the child, he decides to tell the story. What ensues is a man tricked into doing terrible things by a boy who apparently never gets old.

If you’ve never read The Jaunt, stop what you’re doing and get stuck. This is King at its most terrifying, with a story that sends shivers down our spines as we write this. The Jaunt would be hard to adapt, but we’d love to see someone like Chris Nolan dare to tackle the story set hundreds of years in the future where teleportation is real and has a devastating effect on everything that has gone through trying to perfect the technology.

These are the best Stephen King adaptations

IS SOMETHING MISSING IN OUR SHORTLIST?


Tell us about it, and if enough people agree, we’ll add it.