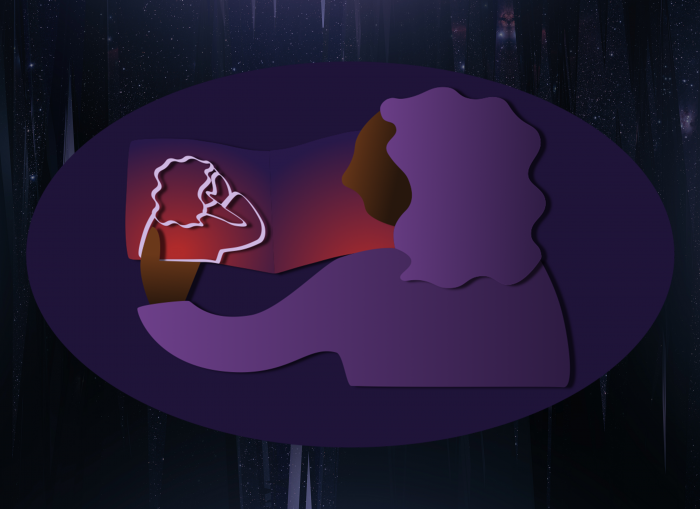 In Search of a Smile: Reconsidering Media Trauma Narratives

For you a thousand times more.

This emblematic sentence of Khaled Hosseini The kite runner is well known to readers of contemporary fiction. The novel, a New York Times bestseller, has become a modern classic, garnering enough traction to secure the Broadway debut of its stage adaptation last July. While deserving of its fame, the novel’s content and popularity fit within a complex trope regarding Black, Indigenous, and People of Color (BIPOC) narratives.

In literature, film, and television, it seems that the majority of popular stories centered on characters of color in the United States focus primarily on sadness. Often these stories focus on a combination of generational trauma, war, poverty, abuse, or identity struggle that leaves the story with a dark cloud hanging above. Think of Min Jin Lee Pachinko, At Mohsin Hamid’s West exit, or at Chimamanda Ngozi Adichie purple hibiscus– all the novels where suffering is at the center of the plot.

Of course, these authors and their works are critically acclaimed for a reason: their writing prowess has allowed them to touch the hearts and minds of millions of readers around the world. They have also contributed to the diversification of the media – we are living in an unprecedented period of representation. What’s more, there’s no denying that the inclusion of hardship complements stories: it adds depth and richness to any plot, and character development often parallels the experience of friction. Sharing stories that address challenges unique to communities of color also raises awareness of the realities of BIPOC experiences in a still incredibly white media space. So these stories should and must be told, but a problem arises when they are the only ones to get attention.

The reality is that publishers and film companies generally won’t give a project the green flag unless they believe the proposed story is profitable. But what’s considered “profitable” is based on what’s proven: what kinds of products have been critically successful in the past? As far as BIPOC-centric stories go, this has proven itself and is a trauma tale. Famous authors of color — your Toni Morrisons, Amy Tans and Jhumpa Lahiris — wrote extraordinary books that often focused on trauma and are now modern classics. Their success, while deserved, established a legacy of traumatic narratives that publishing and production companies perpetuate for the sake of profit. Now, when audiences even try to think of a story about people of color that is simultaneously about joy, many find themselves at a dead end.

For stories about people of color, trauma became tied to profitability. The continued dominance of trauma as the dominant narrative has set a dangerous precedent for what sells and what doesn’t. For example, Lee Pachinko follows a Korean family from their roots in Korea to their new home in Japan. Documenting the experiences of different descendants of the same family, the novel examines generational trauma, as parents, children and grandchildren grapple with immigration, discrimination and poverty. Although this novel does not specifically focus on an American experience, its popularity with American audiences speaks to the idea that sadness is necessary to become a bestseller for a BIPOC-centric story. Conflict, pain and misfortune drive the most popular type of storytelling, pushing the lightest works out of the spotlight, while white-centric media still sees a plethora of sunny romantic comedies, sci-fi adventures and fantastic wonderlands. This further raises the question: why is this formula successful in the first place? In an increasingly diverse nation, why are so many stories about people of color still so deeply sad?

The mainstream portrayal of trauma-centric narratives paints a misguided picture that happiness is rare, if not unattainable, for people of color. The result is a one-dimensional representation of life experiences, suggesting that BIPOC can only be characterized by trauma or negative experiences. While reading stories about racialized prejudice can be beneficial, it should be an active choice. It should be avoidable.

But with the prominence of trauma stories, it is difficult for people of color to access media that is both representative and joyful. Fiction and storytelling can often be used as a means of escape, a break from the unpleasant aspects of life, but the pervasiveness of trauma narratives makes this difficult for people of color, who find their few media choices representative around the harsh realities they already know so well.

But stories don’t need to conform to the trauma narrative mold to gain popularity, as many other BIPOC-centric stories have already proven. by Kevin Kwan boobies rich asian is an example of a feel-good story that achieved both literary and box office success. ABC Abbott Elementary, Hulu’s Rummy, and those of Netflix I have never are some recent examples of lighter BIPOC stories that still achieved critical acclaim and popularity. While these stories incorporate the harsh realities that come with racial marginalization, they are not solely grounded in trauma, but maintain a comedic and fun tone, allowing BIPOC to see themselves portrayed while laughing. These works, however, remain exceptions among the stories surrounding people of color. The lighter-toned BIPOC stories are still emerging in the literary and film worlds and often find themselves overshadowed by their heavier counterparts.

Although BIPOC’s groundbreaking narratives may have involved the main characters experiencing disaster and dealing with historical abuse, the groundwork for increased representation in the media has already been established. There is now an opportunity to diversify the types of stories used to achieve this representation. Communities of color deserve to be represented in stories of success, love and happiness.

While it remains important to draw attention to the real injustices these communities face, people of color have the right to be represented to the fullest extent possible. They deserve to be imagined thriving and that the media industries value their happy selves as much as their sad half. Better representation means new opportunities to dream, to imagine a happier world where their lives are more than the negative. It is essential to move beyond the profitable mold of trauma stories and create enough stories that people of color see themselves loved, laughed and smiled a thousand times over.

The shock and aftershocks of “The Waste Land”