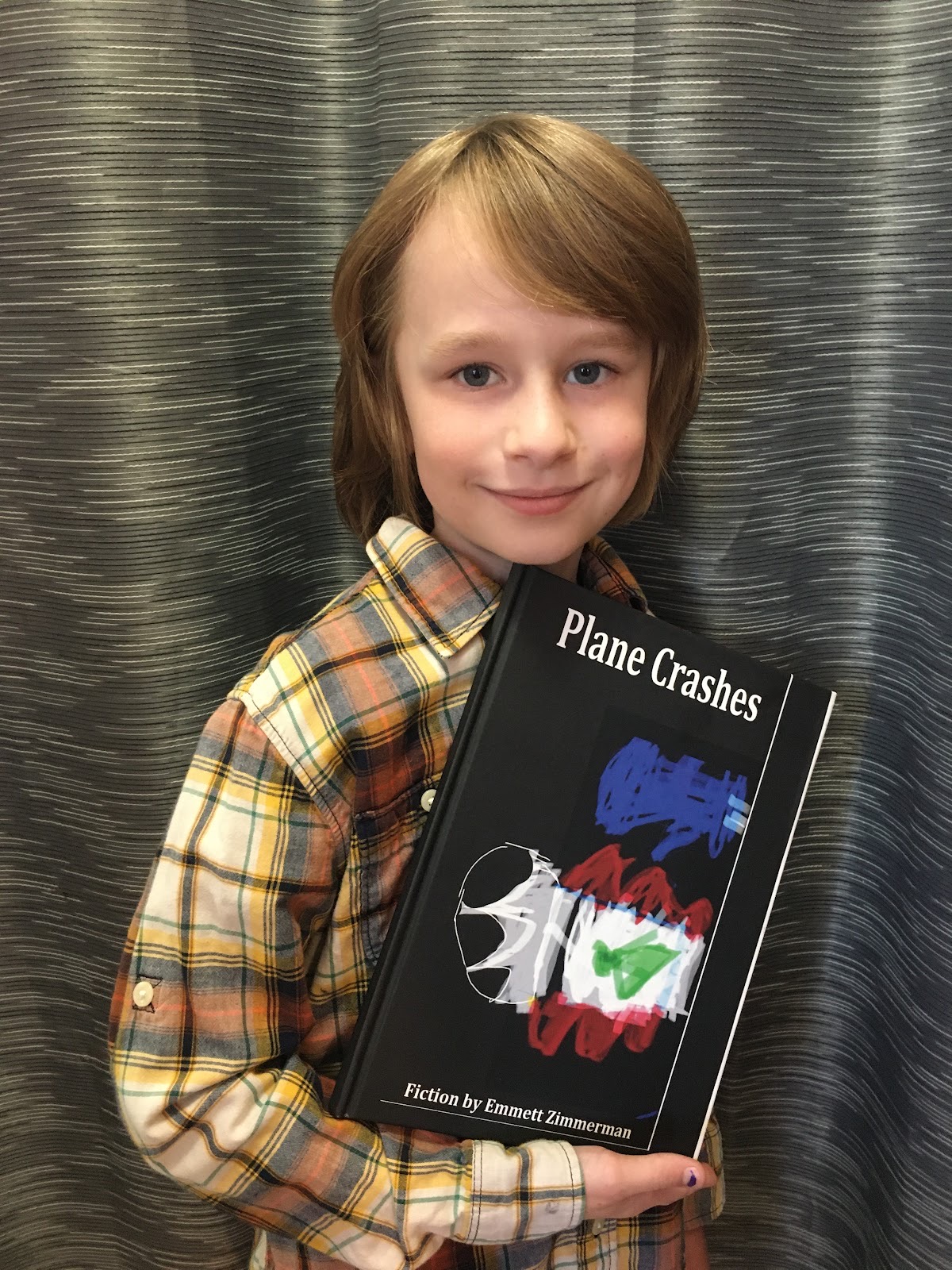 
Picture this: May 2022. What were you doing? For Emmett Zimmerman, an 8-year-old author, it was about getting his book published. Plane crash is a fictional book set in a plane about to crash.
“They were flying and there was a bit of turbulence, then they realized that on the top floor there was a crack and eventually there were a few more cracks,” Emmett says of the adventure in his book.
The plane even goes through a wormhole and underwater, so watch out!
Asked about his inspiration, Emmett replied, “I really like airplanes, so I wanted to write a book.”
Emmett has been interested in airplanes for most of his life. “They were just really cool to me.” And his extensive vocabulary and knowledge of airplanes certainly stems from that interest (his favorite plane is an airbus for those of you wondering). Writing the book and getting it published was a process that took about two months. “It took me a long time…I wrote one or two pages at a time…and I wrote it in school.” When asked if it was a school project, Emmett replied, “It wasn’t a school project, I really wanted to do it.” That’s commitment!
An interesting fact about Plane Crashes is that Emmett was able to incorporate friends, family, pets, and significant other people into it.
“A few real people are in the book and few real animals like cats and dogs,” he says.
The front of the book is illustrated by Emmett himself depicting a plane in flames. He used the Notes app for the illustration and really enjoyed creating the drawing. For other artwork, Emmett likes to use crayons. Besides drawing, he enjoys reading, Emmett’s favorite book being The Monster at the End of This Book by Jon Stone. When asked if he liked to read about real or made-up things, he replied, “I’ve read about both.” Other interests involve science and engineering. I asked Emmett what he wanted to be when he grew up and his response was, “Well, I have a few things I want to do. The first is… a flight pilot, I also want to be an engineer and a scientist. He is also very interested in the Titanic and recently wrote a book with facts about cats!
It was a great experience talking with another writer and it was truly inspiring to be able to meet someone so accomplished in literature and with so many other fun hobbies and interests. A big shout out to Emmett and Terry from the West 7th Library for giving me this wonderful opportunity. There will be a reading conference with Emmett on Thursday, September 15 at 6:00 p.m. at the West 7th Community Center to celebrate his literary achievement.
Library opening hours
The West 7th Public Library, 265 Oneida Street is open Mondays, Thursdays from 12:30 p.m. to 8:00 p.m., Tuesdays from 11:30 a.m. to 5:30 p.m., and Wednesdays and Fridays from 10:00 a.m. to 5:30 p.m. The library is closed on Saturdays and Sundays. .
Computers with Internet access are available for up to two hours a day. Call 651-298-5516 for more information.
– Terry Giinther, West 7th Library Director

Sterling Lord, literary agent who ran ‘On the Road’, dies at 102