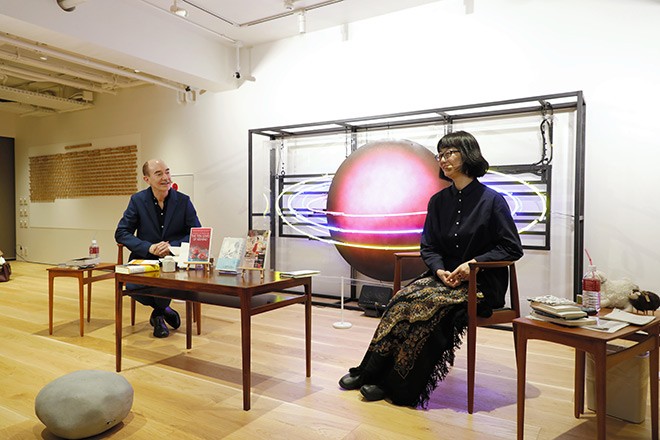 Editor’s Note: This article is part of a series on “Living Authors!” Â»Book reading and other events to mark the opening of the Waseda International House of Literature, known as the Haruki Murakami Library.

As if to nod to the name of the Waseda International House of Literature, author Hiromi Kawakami read aloud three of her works in Japanese, followed by a recital of an English translation of the same play.

Kawakami and Japanese literature researcher Robert Campbell, who provided the translation, took to the podium during the bilingual reading session on October 23 at the facility, more commonly known as the Haruki Murakami Library.

The event was the third in a series of public reading sessions titled â€œAuthors Alive! to mark the October 1 opening of the library, which is located on the main campus of Waseda University in the Shinjuku district of Tokyo.

The couple read “The Magic Spell” and “Lord of the Flies”, two works included in “People from My Neighborhood”, a collection of super short Kawakami stories printed in the literary magazine Monkey, as well as a passage from “Strange weather in Tokyo.

“Strange weather in Tokyo” which was previously published under the title “The Briefcase”, is known as one of Kawakami’s most important works in the English-speaking world.

Kawakami listened intently as Campbell read the English versions of his works.

â€œI realize that the translators carefully read every line of my work, including things that I wrote quite casually,â€ she said. “I think they know my novels better than I do.”

A participant asked Kawakami what she thought of adapting her novels to film or other video works.

â€œIf an artist does something different from my original novel, I leave everything to him and I let him do what he wants,â€ Kawakami said.

Campbell said: “It has something in common with the relationship between a novel and its translation.”

â€œTranslating and adapting video are acts of creation in their own right,â€ Kawakami said. â€œIf my work of fiction serves as a vehicle, I don’t mind even if its original form is lost, as long as it turns into something. “

After the reading, Campbell told reporters, â€œI felt that the emotions and scenes intrinsic to the works formed stereoscopic images because I was reciting (the English text) as the reverberations of Kawakami’s Japanese text persisted. “

Kawakami said, â€œIt’s so embarrassing to read my own works in public, but I enjoyed doing it today, maybe because we did it in both Japanese and English. I had a feeling that something different was being created.