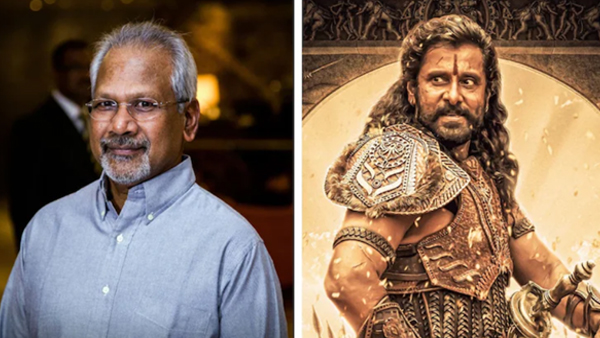 A lawyer gives notice to Mani Ratnam and Vikram for an alleged misinterpretation of Cholas in Ponniyin Selvan!

Mani Ratnam’s dream project, Ponniyin Selvan, is in the final stages of post-production. The film, which is considered a major magnum opus on the larger-than-life story of Cholas, is gearing up for a major worldwide release on September 30.

Prior to the film’s release, its director Mani Ratnam and lead actor Vikram were slapped with court filings for alleged misrepresentation of a few recorded facts. The lawyer named Selvam reportedly demanded a special screening before the film’s theatrical release to analyze the historical facts.

Selvam reportedly stated in his petition that Aditya Karikalan, played by Vikram, does not wear ‘Tilakam’ (Tilak) on his forehead. This was not the case with the movie poster featuring actor Vikram. A screening of the film would give an idea of ​​how the director revealed and portrayed historical facts, he added.

Meanwhile, the teaser for the movie was released at a big event in Chennai where the cast and crew of the movie were in attendance. The film is based on the literary work of the book Ponniyin Selvan by Kalki Krishnamurthy, which depicts the rise of the Cholas and their kingdom, with a dose of superficial and fictional elements added. The literary work is recognized as one of the best works to date in Tamil. Although it is known that the notices were served, none of them responded.

Aishwarya Rai Bachchan, Jayam Ravi, Karthi, Trisha, Sobhita Dhulipala, Samuthirakani, Prabhu, Vikram Prabhu and Prakash Raj are some of the actors who played key roles in Ponniyin Selvan Part 1. Although the creators initially wanted to tell all the story in one release, due to the scale of production and the current trend, they decided to release the film in two parts.