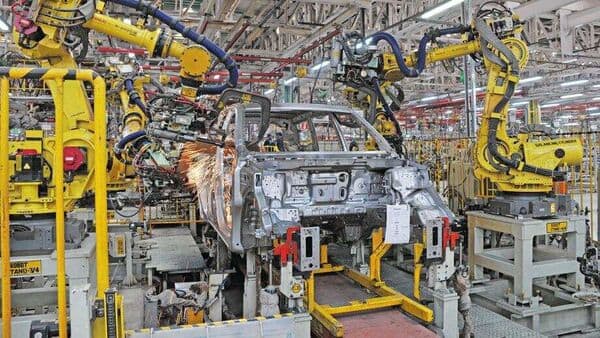 Never dismiss the relevance of scale. “Give me a long enough lever and a fulcrum to place it on,” Archimedes is said to have said, “and I will move the world.” I am unable to affirm his exact words, but I assume his purpose was to illustrate what the ‘law of leverage’ – a concept from physics before finance stole it to move markets – could be extended to achieve, at least in theory. Whatever the context, scale clearly matters. So far, so good. The problem arises when a concept exalted to the status of “law” holds us so firmly in its yoke that it is virtually impossible for us to turn away from it.

Consider the “law of diminishing returns to scale”. We encounter it in the Economics 101 course as an elegant production curve that rises with each increase in input for a period of time, flattens out at a certain point (on the scale), and then drops back down. . The graph plots production propelled by what a producer invests, and the fatality of getting proportionately less as it goes, with a peak that only a fool would cross, has long had the aura of fundamental truth. His basic insight. Since a decline in the usefulness of various things we consume after being satiated seems so obvious, its rise and fall story might even have had a kind of visceral appeal. The secret to his academic success, however, was a true reflection of industrial reality.

This could apply to a coal furnace: shovel more to get more steam, but not beyond its optimum capacity. Or take cars straight off an assembly line, the wonder of which was the scale and speed it offered. Conveyor belts easily overtook older factories, and it wasn’t just the B-school mess that America’s victory in World War II was made possible in part by its use of the B-school model. Ford plant to overwhelm Nazi forces with vast volumes of military hardware. But, even so, any scaling, no matter how smart a competitor’s, would eventually have to face finiteness. Regardless of the maximum output level, once at full throttle, you couldn’t do more by putting more in.

This drooping form has also been charted on financial charts. An initial increase in admissions helped to thank economies of scale. For an automaker, the cost per car fell as production increased, as its sunk money, overhead, and other fixed costs spread over larger amounts. But scaling was subject to capacity constraints. Additionally, expenses that varied with the actual level of production, such as steel, not only grew with production, but often became too heavy for further expansion to make sense. Metal to crush into frame frames could become more expensive once nearby factories ran out, for example, just as iron smelters had a natural bar on ore available at low cost. The scarcity of inputs was a real problem. All of this capped returns to scale.

As a corollary, an implicit decline in profitability also capped the pressure on public policies to regulate acquisitions of monopoly power. After all, if size were self-restricting, no one could get too big.

Ah, but then came the internet, and with it, social media platforms, and our law of self-restraint was shattered. As is evident in the information age, the digital output consisting of 0s and 1s does not need anything rare as input to span the web and continue. On paper, this could mean increasing returns to scale with no cap. Without the harsh constraints of the real world, a virtually self-sustaining online boom could actually go on forever. In software, since variable costs are close to zero and an engaging chat network tends to attract even more people as its reach expands, it has given us an outsized megacorporation in a market where winner takes all and left antitrust policymakers in a scramble to keep up.

Clearly, a decline in returns to scale as a rule of great validity is a relic of the past. What baffles me, however, is why the myth of a social version survives despite so much evidence to the contrary. Rawness in public discourse, for example, has not ceased in India. Neither have electoral barriers moderated a majority trend of popular awakening in our political arena.

While scale is more relevant than ever, with high-pitched voices more likely to be amplified, the impact of scale should not escape analysis. In the late 1980s, a novel by Salman Rushdie aimed at a rarefied readership fell into a fiction scandal that struck a chord in the Islamic world. Apart from the crude parts of his work, his literary aim may well have been to present all that is readable as created, as any distortion of the same. In today’s specific Indian context of saffron dominance and little space for ironic subtlety, the ugly language used by party politicians cannot be put in the same bracket. Not only does the amplitude of these voices differ wildly, but the affirmations of benevolent intent weaken under the implicit incentives in an increasing returns scenario. In times of volatility, more fuel produces more fire.

Overall, the perplexity we face at this point strikes at the heart of a cold war-tested laissez-faire approach, the outcome of which has shown us how market-based views could ultimately do much better for general well-being. be people that the most dictated plans, whatever the declared intention. Yet the self-correcting impulses of the free market that worked so well in the industrial age have failed us in cyberspace, with wistful talk about a bailout of the next big thing more a straw clutch than anything else, given the sweaty grip of app addiction that rivet our eyeballs. The great story of the past decade has been one of super normal profits and extraordinary power.

Let’s face it: that wasn’t the way the world was supposed to evolve. But it is. And the economy must come out of its idyllic analysis of yesteryear.

* Thank you for subscribing to our newsletter.