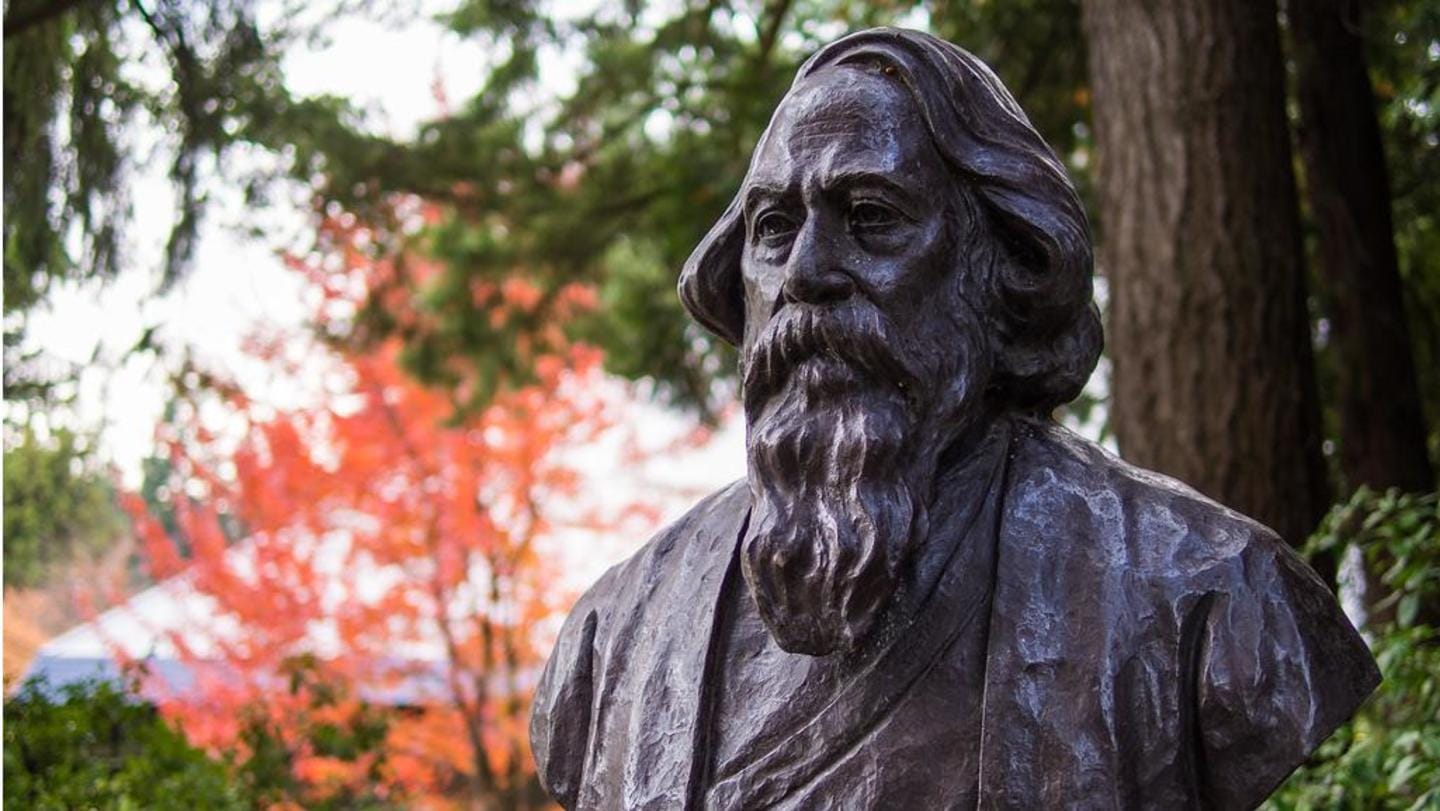 Outside of the Bengali community in West Bengal and Bangladesh, Rabindranath Tagore is best known as a great poet and the first Asian to win the Nobel Prize.

This great personality was a living example of modernity. He was considered ahead of his time.

On his 161st birthday, let’s see why Tagore is still revered.

He believed that organized religions are barriers to communal harmony.

According to Tagore, humanity and divinity are like two sides of the same coin.

The liberalism of Brahmo Samaj initiated by Raja Ram Mohan Roy influenced Tagore significantly as it was a fusion of all religions.

His spiritual ideas can be found in his literary works.

Rabindranath Tagore was known for his strong aversion to conventional education in schools. Several of his literary works also express his displeasure.

He designed a new type of university in Santiniketan, Visva Bharati, to create a global center for the study of humanity beyond the boundaries of nations.

Students here have received personal guidance from gurus on the emotional, intellectual and spiritual fronts.

Although he was against imperial rule of India and supported Indian nationalists, he resented the strongly nationalist forms of the independence movement and wanted to proclaim India’s right to be independent without denying the fact that India can learn from the West.

This expression angered many and he once narrowly escaped assassination.

Several of Tagore’s literary works had been translated into English before World War I, and after the war’s end he was offered a knighthood by royalty.

But after the Jallianwala Bagh massacre on April 13, 1919, Tagore gave up his title in protest against the British army.

His decision was applauded by Indian politicians and the Congress party.

Our national anthem was written by Rabindranath Tagore, an internationalist who believed in the concept of world brotherhood or universal peace.

He believed that mankind’s problems could be solved with the unification of mankind and world peace between East and West.

He did not believe in man-made distinctions like caste and color.