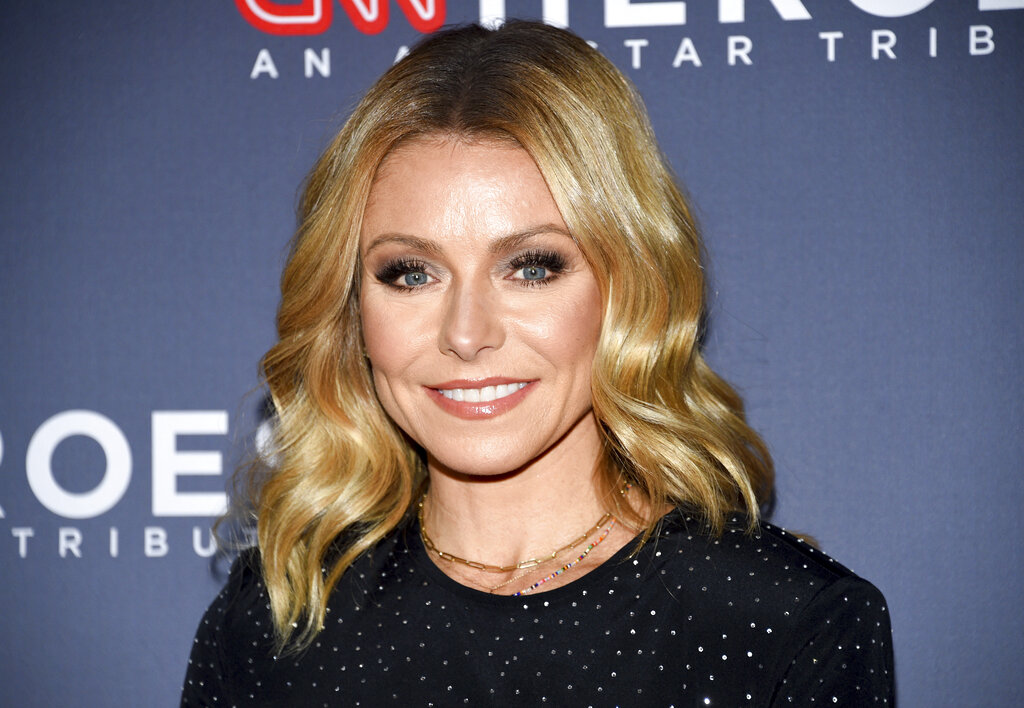 As the new publishing season rolls on, here’s a look at books by some of the great authors of popular and literary fiction, as well as poetry by Billy Collins, jokes by the late PJ O’Rourke and confessions by Kelly Ripa. This is a clip and backup list, with information on upcoming titles provided by publishers.

“Copperhead Demon” by Barbara Kingsolver (Harper, October) – You might want to get your reading device for this novel, which is 546 pages. Based on Charles Dickens’ classic “David Copperfield,” the story tells of a young hero’s journey to maturity in the mountains of southwestern Virginia.

“Fairy tale” by Stephen King (Scribner, available now). – The Master of Country Goosebumps features a 17-year-old boy who inherits the keys to a parallel world where good and evil are at war.

“THE FUNNY STUFF: The official quote from PJ O’Rourke and Riffapedia » by PJ O’Rourke (Atlantic Monthly Press, November 15) – Published on what would have been O’Rourke’s 75th birthday (he died in February), this book is the first to collect his best jokes and riffs in one volume. Organized by topic in alphabetical order, the topics range from government (“giving money and power to politicians is like giving car keys and whiskey to teenagers”) to applications (“we need of an app without an app – let’s call it a nap”) . O’Rourke, who performed frequently in the Twin Cities, had a 50-year career that included writing for National Lampoon and reporting for Rolling Stone.

“The Last Chairlift” by John Irving (Simon & Schuster, Oct. 18) – One of the nation’s most accomplished storytellers has written what he calls his last long novel (889 pages). In his first novel since 1968, Irving offers a seven-decade family saga, reflecting the tensions of our cultural and political landscape. In 1941, in Aspen, Colorado, Rachel Brewster was a slalom skier in the national downhill and slalom championships. She does not approach the podium, but she becomes pregnant. Originally from New England, she became a ski instructor and her son, Adam, grew up in a family that defied convention and evaded questions about the past. Years later, Adam will go to Aspen. In the hotel where he was conceived, he will meet ghosts. Irving is the best-selling author of The World According to Garp, Cider House Rules, and A Prayer for Owen Meany, among others.

“The Day of Liberation” by George Saunders (Random House, Oct. 18) – Nine stories from the master of short fiction, his first since “Tenth of December” was published eight years ago. Dubbed “the best short-story writer in English,” Saunders populates “Liberation Day” with characters ranging from a mother-turned-misguided vigilante to a lovesick woman nicknamed Sparrow, and an elderly man trying to remember who he is at home. following a political brainwashing scheme. Saunders’ settings include a hell-themed section of an underground amusement park.

“Live Wire: Endless News” By Kelly Ripa (Dey Street Books, Available Now) – Winner of six Daytime Entertainment Emmys for her role as host of the Live franchise, Ripa’s debut book shows what drives her – as a professional, as a wife, as a daughter and as a mother. She shares how she met her husband, Mark Consuelo, and how she dealt with jingoism on set. There are good things to be recognized, but that doesn’t mean she didn’t have a few moments of mortification.

“Musical Tables” by Billy Collins (PenguinRandom House, November 15) – The former American Poet Laureate has embraced the unique poetic style of short poetry, collecting over 125 of his own short poems in this new collection. He writes about his trademark themes of nature, animals, poetry, mortality, absurdity, and love, all in a handful of lines that compress every thought or observation to its emotional essence.

The labyrinth” by Nelson DeMille (Simon & Schuster, October) – In his best-selling ‘Plum Island,’ DeMille introduced readers to NYPD Homicide Det. John Corey. On his seventh outing, Corey is in forced retirement, restless and looking for action. When her former lover, Det. Beth Penrose, appears with a job offer, Corey joins the hunt for an apparent serial killer who murdered nine – and possibly more – prostitutes and hid their bodies in the undergrowth on the beach. But that’s only part of the story.

“Next in Line” by Jeffrey Archer (HarperCollins, September 27) – Archer uses his personal connection to Princess Diana as inspiration for the latest installment in the William Warwick series. One of this fall’s most anticipated novels, it’s set in 1988 and follows Det. Inspector Warwick as he is brought to the fore with the People’s Princess. Warwick and his Scotland Yard team are sent to investigate the Royalty Protection Command, responsible for protecting the royal family. Maverick’s former undercover agent, Ross Hogan, is tasked with this sensitive responsibility. Soon, it becomes clear that a rogue organization has the security of the country – and the Crown – in its sites. Archer worked with the late Princess as a parliamentarian and volunteer on numerous occasions. They were having a charity auction when Diana spontaneously started signing the tablecloths up for auction, a moment featured in “Next in Line.”

“The passenger” and “Stella Maris” by Cormac McCarthy (Knopf) – Pulitzer Prize-winning McCarthy, whose novels include “No Country for Old Men,” made into a film that won four Oscars, returns with two new books. “The Passenger,” his first novel in more than a decade, involves a sunken jet, nine passengers, and a missing body. This is the story of Bobby, a rescue diver, haunted by loss, scared of the aquatic depths, pursued for a conspiracy beyond his comprehension, and yearning for a death he cannot reconcile with God. “The Passenger” will be released on October 25. “Stella Maris” (December 6) is about Bobby’s schizophrenic sister, Alicia, visited by a cast of characters she calls her cohorts or “horts.” During a conversation with her psychiatrist, she explores her obsessions: mathematics, physics, philosophy, reality, faith and her love for Bobby. Sixteen years in the making, this pair of novels can be read separately or as one long story.

“Insulated cabin for six people” by Lisa Unger (Park Row books, November) – The popular author’s 20th book is a locked-room thriller about a getaway gone wrong. when three couples vacation at a luxury cabin in the Georgia woods.

“Suspicious” by Scott Turow (Grand Central Publishing, available now) – Clarice “Pinky” Granum, who spent most of her youth doing drugs and giving up various professions, gets a job as a PI working for Rik in his seedy office . Rik and Pinky begin an investigation that sends them into a twisted scandal that penetrates the deepest recesses of the city’s criminal networks, as well as the human mind.